The Politics of Amnesty 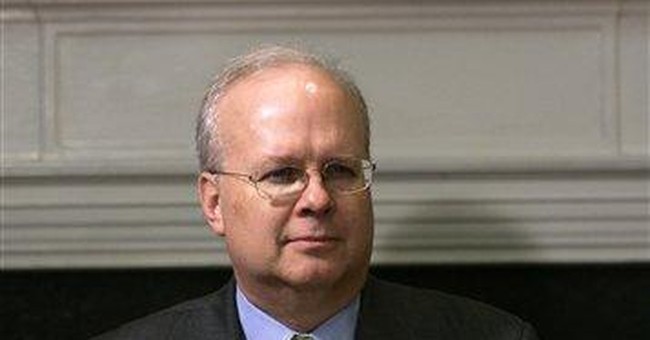 The amnesty deal negotiated by Sen. Ted Kennedy (D-Mass.) and the White House has Karl Rove’s fingerprints all over it. Plain and simple, it’s bad public policy being used to advance a political agenda.

We’ve seen this happen before, most notably in 2003 when Rove and President Bush strong-armed Republicans in Congress into supporting the largest entitlement program since the days of LBJ’s Great Society. The Medicare prescription drug bill, conservative critics were told, would guarantee Republicans the majority for decades.

Three years later, the GOP was knocked out of power in Congress, and if the party keeps heading down the same path, it’s destined to lose the White House in 2008.

You’d think Republicans would have learned their lesson when voters sent them packing last Election Day. But as the immigration debate clearly demonstrates, the White House is once again intent on vastly expanding government to achieve a political goal.

What’s remarkable is that attacks on conservatives as “restrictionists” and “nativists” were spread not just by liberals last week. The pro-amnesty Wall Street Journal used its editorial page to attack the very people who are trying to defend the rule of law. The Bush administration also hammered away at anyone who questioned the bill’s amnesty-first approach toward illegal aliens.

What’s driving the White House to fight its base? Bush and Rove have adopted a short-term political plan of wooing Hispanics and a long-range mission to cement the president’s legacy.

As Bush loyalist and former Republican National Committee Chairman Ken Mehlman recently argued, “Reaching out to Hispanics is critical to our future. The fastest-growing, and most conservative, segment of the population are natural Republicans. The question is whether we will reach out and welcome these new voters into our ranks.”

Mehlman favors a comprehensive approach to immigration reform -- as do many conservatives, including The Heritage Foundation. However, Mehlman’s characterizing the policy as a way of welcoming “new voters into our ranks” reveals what’s wrong with using legislation to advance political ends.

Just as Rove had no way of guaranteeing that seniors with the prescription-drug benefit would pull the level for Republicans on Election Day, Mehlman has no way of promising Hispanics will flock to the GOP. And let’s face it, Bush won’t get credit for this immigration deal even if it does somehow manage to make its way out of Congress and to his desk. The Bush-hating media would paint it as a victory for Democrats -- as well they should, considering all the concessions Kennedy was able to extract.

In fact, after just one week of debate, Senate Democrats are steamrolling the small band of conservative Republicans raising objections to the bill. With Senate Majority Leader Harry Reid (D-Nev.) wanting to have the debate wrapped up a week after senators return from their Memorial Day vacation, there will be little time to even raise important policy questions.

Senate Republican leaders, some of whom were intricately involved in the negotiations with Kennedy, have capitulated to the Democrats’ demands. They’ve stalled most amendments from even coming up for a vote. Sen. John Cornyn (R-Texas), who has offered an amendment to strip the bill of language that would allow gang members to remain in the United States, couldn’t get a vote last week. Sen. David Vitter (R-La.) had his amendment to remove the amnesty section of the bill temporarily blocked by fellow Republican Sen. Lamar Alexander (Tenn.).

It’s Republicans such as Alexander, who is up for re-election in 2008, who could suffer most for putting politics ahead of policy during the immigration debate. With 21 Republican seats in play next year, and plenty of those senators vulnerable, you would expect them to think twice before making a political calculation that could cost them their job.

Not only is political calculus often mistaken -- as in the case of the Medicare drug benefit -- but it leads to wavering, inconstant leadership subject to the whim of opinion and the dictates of special interests.

When the Senate returns in a week, the temperature in Washington is sure to rise. Even the most conservative senators will be pressured to support the legislation. But as long as politics trumps policy, the so-called “grand bargain” will still be a grand failure.