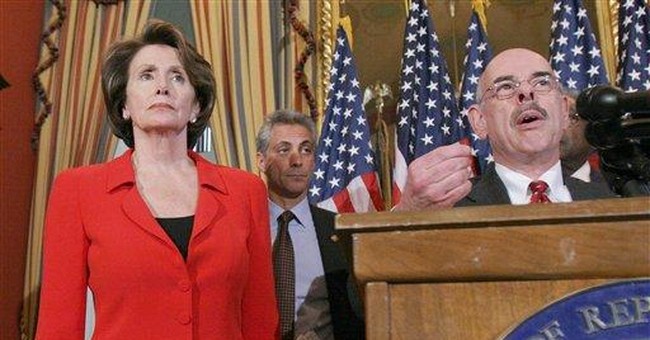 Rep. Henry Waxman’s first order of business as the new chairman of the Government Reform Committee was to add the word “oversight” to the committee’s moniker. It was his subtle way of telling the Bush Administration it could expect a steady stream of investigations into just about every imaginable aspect of its operations.

The California Democrat has not disappointed. From high-profile hearings into Iraq reconstruction to questions about Homeland Security contracts, Waxman has made the rechristened Committee on Oversight and Government Reform one of the busiest in Congress.

This coming Wednesday, Waxman will set his sights on General Services Administrator Lurita Doan, a successful businesswoman who President Bush tapped to run the agency last spring. Waxman wants to probe a $20,000 contract Doan approved to promote diversity—a contract that was terminated a month later before any money changed hands because it wasn't competitively bid. Doan has since apologized for the mistake.

Waxman, however, isn't satisfied with the apology. To understand the significance of the $20,000, it’s important to understand the General Services Administration itself. The agency oversees nearly $66 billion in federal spending—more than a quarter of the government’s procurement dollars. It has 12,300 employees who are spread out in offices around the country.

After seeing those big numbers and responsibilities, why is Waxman worried about a canceled contract worth a piddling $20,000? It's because Doan has done something government bureaucrats don't like: she's brought fiscal responsibility and accountability to the GSA.

In taking over the agency reins last May, Doan inherited a bloated budget at an agency that had lost $4.5 billion a year earlier. Not through bad investments, mind you. Just lost it. Didn't know where it had gone. $4.5 billion.

It was, as she said recently, no way to run a business. Seeking to restore fiscal discipline, she ordered cuts throughout the agency.

Doan knew cutting the budget would ruffle feathers, so she set one ground rule: Managers were not to cut salaries, which she feared would dampen morale. Everything else was on the table, and after a month of work, she had identified reasonable cuts amounting to about 9 percent of the total budget.

Gone was all non-essential travel to far-off places such as Australia and Kuala Lumpur. Conferences and workshops had to be approved. And a loophole for handing out bonuses was closed. Doan said she was unpopular for about a week, but her employees began to recognize times were changing at GSA.

The article prompted Waxman to open an investigation, which will reach a pinnacle at Thursday's hearing. Doan has said repeatedly she welcomes the opportunity to testify before Waxman's committee and set the record straight.

Doan also said she's not going to back down from the bureaucrats who want to see her fail. Already a successful businesswoman prior to taking the GSA job, she didn't come to Washington seeking political favors—meaning she's not beholden to any special interests.

Washington needs more public servants like Lurita Doan. She was willing to put her reputation on the line to restore fiscal discipline in an agency—and a city—that desperately needs it. What she got in return was a witch hunt by Henry Waxman.