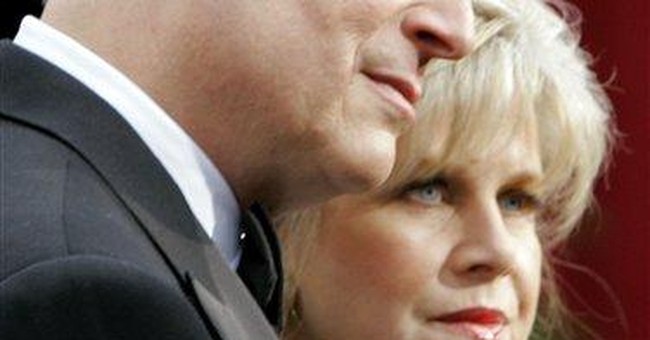 Death threats. Harassing phone calls. Threatening e-mails. Such was a day in the life of Drew Johnson a few weeks ago.

His crime? Johnson is president of the Tennessee Center for Policy Research, a free-market think tank that broke one of the juiciest stories of 2007. A day after the Academy Awards, on Feb. 26, Johnson’s organization reported details of Al Gore’s enormous utility bill. The former vice president had consumed nearly 221,000 kilowatt hours of electricity in a single year -- more than 20 times the national average.

The story skyrocketed to the top headline on the Drudge Report, sending tens of thousands of visitors to the Tennessee Center for Policy Research’s Web site. With Gore facing charges of hypocrisy just a day after winning an Oscar for "An Inconvenient Truth," the news traveled fast.

Unfortunately for Johnson, it meant enduring days of attacks from liberals -- even though the facts of the story came directly from public records.

Last week he visited Washington, D.C., to share his story. Johnson told a group of conservative bloggers at The Heritage Foundation that he heard from hundreds of angry callers, many of whom used profane language. The research center’s vice president, whose phone number was listed on the Web page, eventually had to change her number when the attacks became so persistent and threatening.

The phone blitz was only one avenue liberals used to intimidate. Johnson said his organization received thousands of e-mails, the vast majority of them negative and hate-filled.

Shortly after the story made headlines, popular liberal blogs Daily Kos and Huffington Post, laid out their plan of attack. A blogger called NeuvoLiberal wrote on Daily Kos, "please post any specific (action oriented) ideas you have for fighting back…. We'd like to target every person out there that is spinning in various rightwing and other outlet for this kind of smear job (the damage is done before you wake and smell the coffee)."

Over at Huffington Post, bloggers Dave Johnson and James Boyce issued another call to action: "Al Gore is a hero. Even heroes need help - join us, add to the comments, let's find out everything we can about these guys and stop them in their tracks. Now."

Their pleas were answered. Liberal blog Think Progress led the way with 655 comments on a post about the Gore story. Daily Kos was close behind with 481 comments. And 125 comments are attached to the Johnson-Boyce call-to-action post.

All this added up to one giant headache for Drew Johnson, who didn’t know where to turn to respond to the attacks being lodged at him personally, his employees and the Tennessee Center for Policy Research. While the initial Gore story received favorable coverage from conservative bloggers, these same people were silent when liberals began to distort the record.

One of the most outrageous charges, Johnson said, had to do with his background. The liberal "watchdog" Media Matters dug into Johnson’s past, noting that he had been a Charles G. Koch Summer Fellow at the American Enterprise Institute, a conservative think tank in Washington. Since ExxonMobil has contributed to AEI, that bit of information was enough for Media Matters to assert that Johnson was bought and paid for by ExxonMobil. Immediately, the liberal echo chamber began to hype the allegation, though Johnson swiftly denied it. Johnson had merely interned at AEI. Neither he nor the Tennessee Center for Policy Research has ever received money from ExxonMobil. But that didn’t stop MSNBC’s Keith Olbermann from playing up the mythical connection.

Instead of backing down and retreating, the episode has inspired Johnson. His three days of meetings in the nation’s capital introduced him to a wider network of contacts and left him eager to help build a network of bloggers who could defend conservatives under attack.

He has also hired an investigative reporter to produce more stories similar to the one about Gore -- an unorthodox tactic for a think tank. But Johnson said sometimes that’s what it takes to discover the truth, no matter how inconvenient it may be for him personally.