Robert B. Bluey is director of the Center for Media & Public Policy at The Heritage Foundation. He maintains a blog at RobertBluey.com, serves as a contributor to the prominent conservative blog RedState, and is a contributing editor to Human Events, the national conservative weekly.

At Heritage, he hosts at weekly meeting of conservative bloggers, oversees the Computer-Assisted Research and Reporting program and writes about politics, public policy, media and culture.

Bluey was among a select group of bloggers invited to the White House in September 2006 for the bill signing ceremony for the Federal Funding Accountability and Transparency Act, legislation that won passage with the help of bloggers. He was also invited to CNN's Election Night Blog Party in November 2006. He frequently speaks on panels about blogging and online journalism.

Prior to joining Heritage in 2007, Bluey served as editor of HumanEvents.com, which he transformed into a popular destination for conservative journalism. He was named editor of the Web site in November 2005 after spending a year as assistant editor and later managing editor of Human Events' print edition.

Bluey also worked at Cybercast News Service, where he was the first journalist to report on the forged CBS documents on President Bush's National Guard service. He covered the Republican and Democrat conventions in 2004.

He grew up in upstate New York and graduated from Ithaca College, where he edited the college's award-winning newspaper, The Ithacan. During his college years, he worked for the Clinton Courier, Traverse City Record-Eagle and The Los Angeles Times. After college, he was awarded a year-long fellowship at the Student Press Law Center in Arlington, Va. 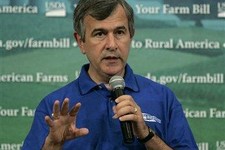 Republicans Fumble the Farm Bill
By Robert Bluey
When lawmakers return to Capitol Hill this week, a group of House Republicans known as the FIT Force will unveil ...
June 01, 2008

McCain's Global Warming Plan Threatens Economy
By Robert Bluey
Exactly one year after angering conservatives with an amnesty bill for illegal aliens, Sen. John McCain managed to fire up ...
May 18, 2008

Obama Signals Less Union Oversight
By Robert Bluey
The Labor Department’s seven-year effort to improve financial reporting and disclosure by unions could come to a screeching halt once ...
May 11, 2008

Nothing Stimulating About This Deal
By Robert Bluey
I wouldn’t want Hank Paulson negotiating on my behalf. The U.S. treasury secretary did such a poor job representing the ...
January 27, 2008 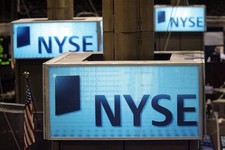 Government Handouts Won’t Help Economy
By Robert Bluey
President Bush doesn’t like to admit he’s made mistakes. But if White House chatter about an economic stimulus package is ...
January 20, 2008 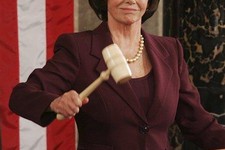 A Pay Raise for Poor Performance
By Robert Bluey
Members of Congress return to Washington this week $4,100 richer. During their three-week vacation, the annual cost-of-living adjustment kicked in, ...
January 13, 2008 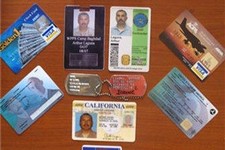 Fighting Vote Fraud With Photo ID
By Robert Bluey
All eyes will be on New Hampshire Wednesday morning for the first true primary in the 2008 elections. But even ...
January 06, 2008

New Year’s Resolution for Republicans: End Earmarks
By Robert Bluey
Earmarks were supposed to be a thing of the past for Republicans after allegations of corruption cost the GOP control ...
December 30, 2007

Big Labor's Unfulfilled Wish List
By Robert Bluey
The federal government’s union watchdog agency will have to get by on less next year. The mammoth omnibus spending bill ...
December 23, 2007

Will Republicans Go Soft on Spending?
By Robert Bluey
Feeling pressure to wrap up work on 11 of the 12 unfinished appropriations bills that fund the federal government, congressional ...
December 16, 2007 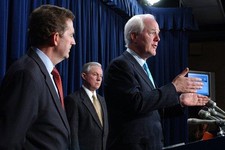 How to Save Taxpayers $31 Billion
By Robert Bluey
Sen. Jim DeMint is as frustrated as anyone on Capitol Hill about Congress’s failure to wrap up work on the ...
December 09, 2007
Commentary Archives
CARTOONS | AF Branco
View Cartoon