A 'small victory for civilization' 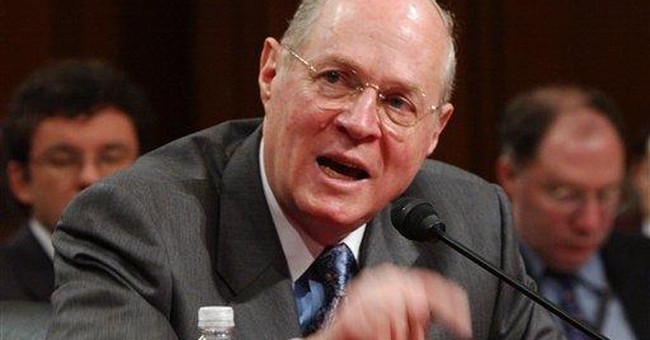 In September 1996, I stood on the floor of the United States Senate to respond to Sen. Barbara Boxer's comment that I was ignoring the "cries" of the women who came to Washington to lobby for the sustaining of President Clinton's veto of the Partial Birth Abortion Ban Act.

My response? We would be deafened by the cries of the babies that are not here today, because of this procedure. I then addressed the comments by another senator likening the partial-birth procedure to an appendectomy. I pointed to the diagram depicting this gruesome procedure, in which a 5-month-old fetus is delivered alive, all but the head, and then, while the doctor's hand is making sure that the baby's head is not delivered, a pair of scissors are thrust into the base of the baby's skull. I raised my voice and said, "This is not an appendix; it is a baby, it's a baby."

The Washington Post described what happened next: "And then, impossibly, in an already hushed gallery, in one of those moments when the floor of the Senate looks like a stage set, with its small wooden desks somehow too small for the matters at hand, the cry of a baby pierced the room, echoing across the chamber from an outside hallway. No one mentioned the cry, but for a few seconds, no one spoke at all."

After 12 years, three bills sent to two presidents for signature, two veto override attempts and one faulty Supreme Court decision, the Partial Birth Abortion Ban Act of 2003 is today the law of the land. This was a hard-fought battle over what is a rather small piece of the legal landscape of abortion. In spite of this victory, not one abortion will be stopped by this law. Babies up to the moment of their separation from their mothers will still be subject to having their lives snuffed out simply because they are, at that particular moment, not wanted.

Yet when you read the comments from abortion advocates, including the Democratic presidential contenders, this newspaper's editorial, and Justice Ruth Bader Ginsberg's dissent, you get the sense that Roe v. Wade is just about to be overturned. They fear that the secret weapon of a long line of abortion cases - the exception that would allow the procedure if the health of the mother was threatened, as opposed to her life - is now in jeopardy because the court allowed the federal ban to stand without the broader health exception. Why is this little known and less understood exception so important? Because it acts like an eraser that takes all limits that the public believes are in place to limit abortion (such as a limit on abortions performed in the ninth month of pregnancy) and nullifies them, thus creating, not as some have falsely asserted "a reproductive right - carefully limited," but in practice a completely unlimited right to abortion.

Some abortion opponents have suggested just the opposite. They have panned the decision as another typical legally contorted Justice Kennedy opinion on this issue that does virtually nothing. I would recommend reading the first 10 pages of the decision, if you want to get a feel for the horrific facts of this case. Kennedy's opinion validates the law, while affirming the case he dissented from just six years ago, which struck down the last partial-birth statute, but with the two important caveats. He throws on the scrap heap the fail-safe argument of the abortion industry that as long as there could be some hypothetical chance, no matter how small, that the health of the mother, including physical, mental and financial, could be affected, then any law limiting abortion is unconstitutional. Now this exception is treated like all others in the law, something that must be specifically proved, instead of a general presumption that is disprovable. In addition, even if the health exception is proved, its application can be limited instead of invalidating the whole law.

The most disturbing aspect of the angry comments of Sens. Hillary Rodham Clinton, Barack Obama and company is they are railing against a bill that does nothing more than give rights to the unborn that we currently give to animals - to be treated somewhat humanely and with dignity. Can you imagine their response if we were talking about banning the euthanizing of puppies by stabbing them with scissors at the base of their skulls and suctioning their brains out? Which one of them would dare oppose such a thing?

This is a small victory for civilization, for our humanity and humaneness toward the more than one million unwanted innocent babies who will have their hope of life dashed by abortion this year. Yes, they will still die, but at least they will have a better chance to do so with some modicum of dignity.

Eleven years ago, a lone baby's cry resonated through the Senate. Today, for the first time in 35 years, the cries of thousands of unborn children were heard by the Supreme Court. Let us hope it is not the last time.