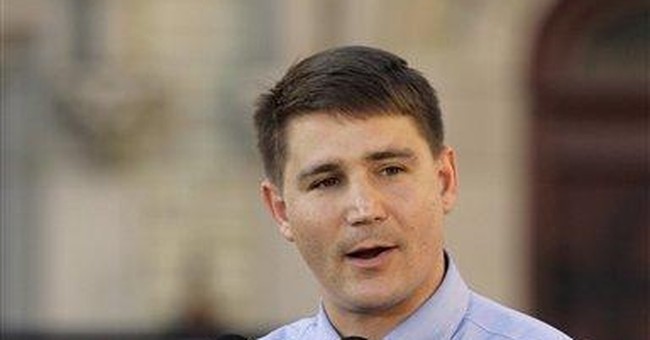 Here’s a question that seems odd this week: Can the United States government still do great things?

Sure, the liberal echo chamber (major newspapers, TV news networks and so forth) is chanting the president’s mantra, “Yes, we can!” After innumerable backroom deals and weeks of arm-twisting, liberals in the House of Representatives ignored public opinion and managed to shove a moribund health care “reform” bill down voters’ throats.

House Speaker Nancy Pelosi seems to see that as a “great” thing. “We have to pass the bill so that you can find out what is in it, away from the fog of controversy,” she lectured voters a week before the measure (complete with sweetheart deals for Nebraska, Florida and Louisiana) became law.

But when Americans learn they’ll get the honor of paying higher taxes for the next four years but won’t enjoy any health benefits before 2014, they’re likely to sour even further on the bill and decide in ever-increasing numbers that it isn’t a “great” thing.

In the weeks ahead, Americans will launch many challenges to the bill. It would be poetic justice if the states decided to convene a Constitutional convention and draft an amendment that would overturn the bill. Maybe they’ll even reverse the 17th Amendment and its direct election of senators while they’re at it.

But before all that, it’s worth taking a quick look back at what went wrong here. How did an attempt to improve coverage turn into a monster that could damage our world-class medical system to the point that eventually even Canadian politicians may remain in their own country for treatment?

First, they write, policymakers should take advantage of disagreements.

“Bad ideas generally become reality when they aren’t exposed to external criticism, when they emerge from the echo chamber of a small group of like-minded advocates.” Sound familiar? This bill passed with no conservative support, and forced lawmakers to ignore their own constituents, who’d spent the summer screaming for tort reform instead of “comprehensive health reform.”

Second, the authors encourage federal lawmakers to draw on ideas that have already worked. “For example, welfare reform [in 1996] succeeded in part because Congress had the luxury of learning from innovative approaches in Wisconsin, Oregon and elsewhere,” Eggers and O’Leary write. This bill, of course, goes in the opposite direction.

Instead of encouraging states to experiment (federalism) it creates a national mandate to purchase federally-approved insurance coverage. Small wonder 14 state attorneys general have already filed suits against the law.

Third, the authors encourage policymakers to “embrace the public debate.” As if. President Obama gave hundreds of speeches, held news conferences and convened a joint session of Congress to stump for his reform, and public approval kept plunging. He promises to keep at it, though.

For their part, many lawmakers dismissed tea party protests as “astroturfing.” They didn’t want to hear any opposing views, so they ignored them. “The absence of real discussion can raise public suspicions that politicians have something to hide,” Eggers and O’Leary note. Of course, they won’t be able to hide come November.

Fourth, Eggers and O’Leary encourage leaders to “take failure seriously.” Any big, sweeping reform is bound to come with a massive price tag and to generate unforeseen repercussions. “Considering only the best-case scenario produces unrealistic budgets and impossible timelines,” the authors warn. That’s advice Blue Dog Democrats should have kept in mind, instead of relying on wildly inaccurate Congressional Budget Office forecasts.

Finally, they argue that politicians need to listen to bureaucrats. “Today, the costs of major public initiatives are routinely low-balled,” Eggers and O’Leary write. “No wonder the public is so skeptical of the cost estimates for health-care reform.” Of course, with this law, the key reason that the figures from the CBO (bureaucrats) are so unbelievable is because those numbers are based on Congress (politicians) promising to do things it will never do.

To make the forecasts work, lawmakers would have to trim hundreds of billions out of Medicare while also slapping a tax on the expensive health insurance plans that powerful unions have negotiated for their members. People know neither of those things will happen. That is why the public is skeptical.

The United States can still do great things. Abroad, we’re winning wars and maintaining global stability. Here at home, we can overturn ObamaCare and draft better health care solutions, ones that would provide more coverage without breaking the bank.

We’d do well to start over, and this time follow the formula Eggers and O’Leary sketch out.