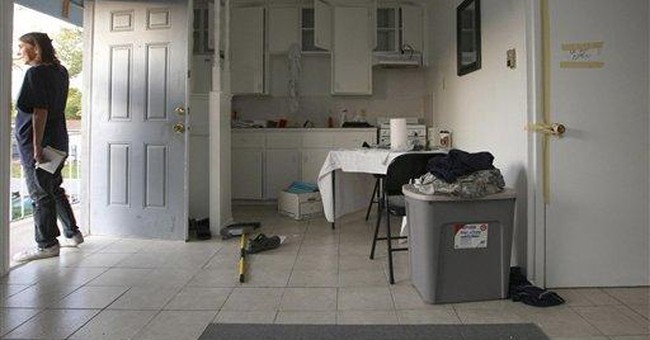 Cynthia Hall tried to warn us, but we didn’t listen.

Hall, as you may recall, was a 51-year-old Fulton County sheriff’s deputy assigned to escort alleged rapist Brian Nichols to court in 2005. Alone. He was a strapping six foot, 200-plus pounds. She stood five feet, maybe around 100 pounds; it would be impolite to ask a woman how much she weighs. It was also impolite, apparently, to ask whether she could handle her prisoner without help. Oh, and Nichols was unshackled, so jurors wouldn’t jump to conclusions about him.

The story is tragic, if predictable. Nichols overpowered Hall, almost killing her in the process. He shot and killed four more people before he surrendered to police. They were all victims, it seems, of a political correctness that insists we ignore physical differences and pretend deputies such as Hall can handle desperate prisoners such as Nichols.

But we’re good at ignoring unpleasant truths in polite society. Truths such as the fact that Army Maj. Nidal Hasan was anti-American and shouldn’t have been in the military.

Hasan, of course, is the 39-year-old army psychiatrist who allegedly killed 13 people and wounding 42 more at Ft. Hood in Texas last week. How can we know he was anti-American? Because he said so.

“It’s getting harder and harder for Muslims in the service to morally justify being in a military that seems constantly engaged against fellow Muslims,” Hasan told fellow doctors during a PowerPoint presentation at Walter Reed Medical Center two years ago. He was supposed to be giving a lecture about a medical procedure of his choosing. Instead, he gave a jeremiad about “The Koranic World View As It Relates to Muslims in the U.S. Military.”

Hasan concluded that the “Department of Defense should allow Muslims [sic] Soldiers the option of being released as ‘Conscientious objectors’ to increase troop morale and decrease adverse events.” But, apparently blinded by political correctness, nobody at that presentation insisted that Hasan be drummed out of the service. So, he allegedly went ahead and created his own “adverse events.”

We hear a lot of talk about “connecting the dots,” but that’s impossible to do without offending political correctness. For example, imagine that, on Sept. 11, 2001, airport security had stopped and arrested all the men who ended up hijacking the four planes that day. There would have been no tragedy, but there certainly would have been a backlash -- against the security forces.

The New York Times would have editorialized that the men were victims of “flying while Muslim.” The government would have been pressured to change its security procedures to make sure Muslims received no scrutiny when they tried to board planes. Instead of talking about “connecting the dots” the mainstream media would have tried to avoid reporting on the existence of dots. (Why were so many Muslim young men trying to board the same plane? Why did they have utility knives? Why so many one-way tickets?)

There will always be those who aim to ignore the obvious. “Could the alleged crime spree have been prevented if he had been escorted by a male deputy?” Annie Chiappetta at ABCNews.com wondered about the Nichols case in 2005. “Law enforcement experts and Nichols’ own lawyer think not.” Uh, right.

In a similar vein, many today are eager to ignore Hasan’s religious outbursts. “As great a tragedy as this was, it would be a shame if our diversity became a casualty as well,” Army Chief of Staff Gen. George Casey told CNN. “I’m concerned that this increased speculation could cause a backlash against some of our Muslim soldiers.”

Our military has, for years, been colorblind. People got ahead based on the “content of their character” rather than the color of their skin or their gender. Sadly, even the military has started embracing political correctness. Hasan is a big example of that.

As a smaller example, the Navy changed the composition of the color guard it sent to Yankee Stadium for a World Series game last month. “Midshipman 2nd Class Hannah Allaire was selected because her presence would make the service academy look more diverse before a national audience,” The Washington Post explained on Veteran’s Day. Maybe the Navy’s new campaign should be “celebrate diversity, fraudulently.”