The Growing Grip of Government 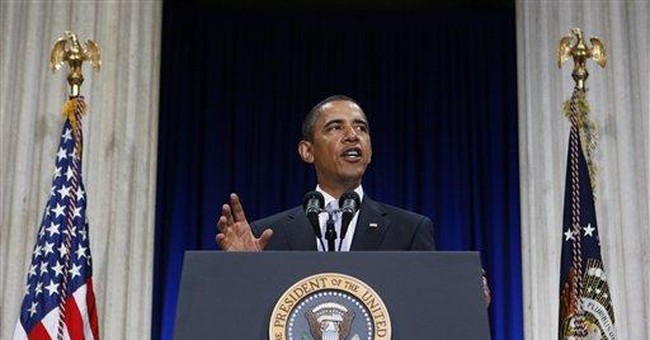 It used to be that if somebody did a poor job but didn’t want to fix it, he’d shrug and say, “Well, that’s good enough for government work.” But these days, that’s the problem. Too much of our work is government work. In everything from housing to high finance, the hand of government is pulling the strings.

“Over 29 years in business, we’ve always thought of ourselves as being in the free-enterprise system,” Peter Lansing, president of a Colorado mortgage firm, recently told The Wall Street Journal. “Today I think of myself as a government contractor.”

And indeed he is. Lansing says some 80 percent of the loans his company handles are now backed by the Federal Housing Administration. That number was 20 percent a few years ago.

Nationwide, the Journal reports, the FHA backs a quarter of all loans, up from 2.7 percent in 2006. Apparently, federal involvement in the mortgage markets worked out so well with Fannie Mae and Freddie Mac that Uncle Sam is giving it a third shot.

The Mortgage Bankers Association reports that almost 8 percent of FHA loans were 90 days (or more) late or in foreclosure at the end of the second quarter. Just a year ago, that number was 5.4 percent. “They’re probably going to need a bailout at some point because they’re making loans in a riskier environment,” mortgage-industry consultant Edward Pinto told the Journal. As a former chief credit officer at Fannie Mae, he’s seen this film before, and adds, “I’ve never seen an entity successfully outrun a situation like this.”

Thus when it comes to housing, taxpayers may soon be saying, “Fool me twice, shame on me. Fool me a third time, get ready for another federal bailout.”

Of course, it’s not just the housing market that’s in Washington’s hip pocket. So is high finance.

“The Treasury and the Federal Reserve are embroiled in everything from credit cards and home loans to auto manufacturing, from overseeing executive pay to shaping boards of directors,” a front-page story in The Washington Post reported on Sept. 13.

And businesses are finding that Washington has an advantage: It doesn’t necessarily have to play by the same rules everybody else does.

In the September issue of The Atlantic, William Cohan explains how Bank of America came to purchase Merrill Lynch last year for $50 billion in stock. The story, as Cohan describes it, “raises serious questions about the sanctity of legal contracts in post-crash America, and about the fast-evolving relationship between American government and industry.”

Apparently, Bank of America executives quickly realized they’d vastly overpaid for Merrill, which was facing staggering losses that would end up on the bank’s books. This lead the management team to consider invoking a material adverse-change clause in the contract. Doing so would have exposed BoA to lawsuits from Merrill shareholders, but would have protected the bank’s shareholders from Merrill’s toxic assets.

First, though, BoA’s CEO Ken Lewis decided to check with then-Treasury Secretary Hank Paulson. “We’re very supportive of Bank of America and we want to be of help, but the government does not feel it’s in your best interest for you to call a MAC,” Lewis says Paulson told him on Dec. 21, less that two weeks before the deal would be finalized. In fact, Paulson added, “We would remove the board and management” if Lewis tried to pull the plug.

Lewis has testified that federal policymakers made it clear that, “We want this deal done on time and on these terms.” He says, “There wasn’t an ability to renegotiate.” To ensure things went smoothly, “no information about Merrill’s growing losses was provided to Bank of America’s shareholders before the vote,” Cohan notes.

The Atlantic author spoke to Mark Sunshine, president of international commercial lender First Capital. Sunshine admits he would have gone along with the government, too. But what choice would he have had?

This whole tale “also sounds an awful lot like what happens in a banana republic or in Putin’s Russia, when the captains of industry did favors for the government in exchange for economic subsidies,” Sunshine adds. “How do you stop from going down the slippery slope and becoming like Putin’s Russia?”

In the weeks ahead, liberal politicians are going to insist our government can “compete” in the health insurance market and “bring costs down” while “improving service.” But the government doesn’t compete. It compels.

If we’re foolish enough to allow socialized health care, the system we’re left with will be barely “good enough for government work.”