"Stimulus" Money: Men (Not) At Work 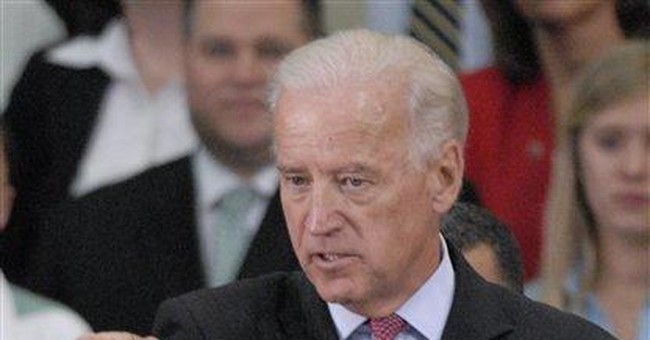 Sometimes the only surprising thing is that anyone is surprised.

“Power of Stimulus Slow to Take Hold,” The Washington Post reported on July 8. “Senior administration officials acknowledged that the effects of the stimulus package have been overshadowed by an unexpectedly sharp drop-off in employment since the measure passed in February,” the paper reported.

In fact, the unemployment rate now is almost 20 percent higher than the Obama administration warned it would be if we didn’t pass the stimulus package. But that’s no surprise, since the $787 billion “stimulus” bill was never intended to stimulate job creation.

Consider that the godfather of deficit spending, John Maynard Keynes, supposedly suggested that to fight a recession, “The government should pay people to dig holes in the ground and then fill them up.”

That’s exactly what some of FDR’s Depression-era programs did. There was, for example, the Civilian Conservation Corps. It sent unemployed men into the woods to hack down trees. Well, at least they had jobs. Seventy years on, many of those trees have presumably grown back; maybe we ought to chop them down again?

If the government had wanted to claim that its bill would “create” jobs, it could have spent money quickly on programs to create busy work. That would have been economically incorrect, but would at least have made the bill seem to be doing what administration officials said it was intended to do.

But the “stimulus” bill didn’t pump money out. So far, only about $55 billion of the $787 billion has been spent. In fact, Washington intends to spend more of the “stimulus” money in 2011 than it does this year. So much for the argument that Congress passed the bill -- in a big hurry, we should remember -- to deal with a national crisis.

What lawmakers did aim to do was promote a bunch of programs they’d never been able to fund before. That’s why the bill contained more than $100 billion in new spending on education, for example. That money won’t do anything to create jobs this year, but it’ll fund bureaucrats and union grandees for years to come.

Here’s a real life example of “stimulus” money at work. On June 29, the Falls Church, Va. city council voted to ask the federal Energy Department for $25 million in stimulus funds. The goal, in the words of one supporter, is to turn the tiny city (just across the river from Washington) into a “green learning laboratory.”

So what’s the plan? A windmill atop city hall? Replacing the unconstitutional traffic cameras that loom over city intersections with actual human police officers? Well, we haven’t actually gotten to the planning stages yet.

Falls Church resident Bob Lofton-Thur told the council that the money would go to “create a city-wide platform for U.S.-based clean energy technology companies and commercially viable products to be demonstrated and results measured, monitored and evaluated for financial and environmental effectiveness.”

Read that sentence again, if you dare. It’s like something spit out by a random word generator. It goes on and on, sounds as if it’s making a point, but in fact says nothing.

Still, Falls Church must have a long-standing desire to become a green city, right? Stimulus money was, after all, supposed to be aimed at “shovel-ready” projects. Well, not exactly.

City council member Nader Baroukh told the weekly town newspaper that he’d never heard of the idea until a week before the vote. “I am pretty well plugged into what’s going on in this community, but this caught me off guard,” he said.

And there’s the “stimulus” plan in a nutshell. Federal lawmakers are handing out money; why shouldn’t communities line up with their hands out? $25 million is a lot of money in Falls Church, more than a third of the city’s total annual budget of $70 million. Creating jobs never comes into play.

Spending money isn’t difficult. And it’s even easier when you’re spending somebody else’s money. Some policymakers are now saying they might consider another “stimulus” bill, since the first one isn’t working. They’re also eager to saddle us with a global-warming bill and a federalized health care system.

Americans shouldn’t be surprised. They should be outraged. And they need to let our leaders know.