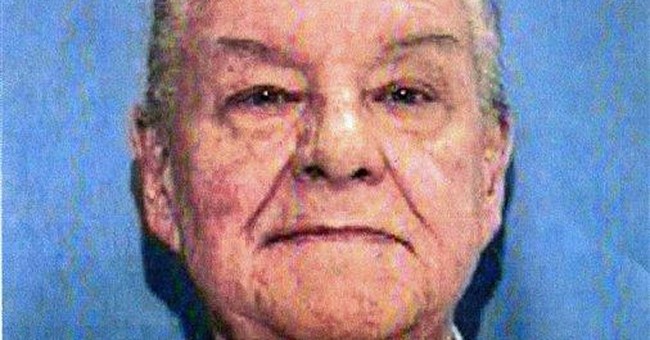 One of those rare times occurred back in 1993. An immigrant from Jamaica named Colin Ferguson had opened fire on a commuter train, killing six people and wounding 19. Sharpton, for perhaps the first time in his life, refused to blame race. “The press jumped to make it a racial incident and to blame people like us,” Sharpton complained in 1994, “rather than to deal with the fact that [Ferguson] is a sick man.”

Set aside the fact that the press actually did very little to make it a racial incident. Sharpton’s correct that Ferguson deserves the blame for his actions. Not blacks. Not liberals. Not Jamaicans. Ferguson.

On June 10, 88-year-old James von Brunn carried a rifle into the U.S. Holocaust Memorial Museum. He shot a guard before being shot himself. Liberals insist this event helps vindicate a recent Department of Homeland Security report that warned of potential violence.

“Rightwing extremism in the United States can be broadly divided into those groups, movements, and adherents that are primarily hate-oriented (based on hatred of particular religious, racial or ethnic groups), and those that are mainly antigovernment, rejecting federal authority in favor of state or local authority, or rejecting government authority entirely,” the report said.

Along with other events, von Brunn’s action “seems to indicate that the DHS report was actually prescient; its critics refuted,” according to the left-wing Talking Points Memo.

Cartoonist Tom Toles went even further. His June 12 cartoon in The Washington Post shows a Rush Limbaugh look-alike (helpfully labeled “Nutball media”) offering up “Today’s recipe: Domestic Terrorism.” As a hothead with an automatic weapon (helpfully labeled “gun”) seethes, the nutball explains, “You’ll only need two ingredients! Not that we’re suggesting anything.” The hothead, meanwhile, has taken the gun and left, presumably to shoot someone.

Yet this ignores the main point: von Brunn is in no way a conservative. He’s just a sad, crazy old man.

In the shooter’s car was a note that read, in part, “Obama does what his Jew owners tell him to do.” Well, where have we heard that idea lately? Hint: it isn’t a notion hatched on the right. But it’s one held by the Rev. Jeremiah Wright.

The Hampton Roads Daily Press recently caught up with Obama’s former pastor. “Them Jews aren’t going to let him talk to me,” Wright told the paper. Rev. Wright is many things. But he’s no conservative.

Todd Blodgett is a former White House aide who later infiltrated supremacist groups for the FBI. He told The Washington Post that von Brunn “sometimes spoke of having fought for the wrong side in World War II.” In a book he published in 1999, von Brunn wrote that, “Adolf Hitler led Germany to an amazing spiritual and economic recovery.” Those are hardly conservative ideas.

Meanwhile, if liberals are looking to blame “root causes” for von Brunn’s attack or other recent violence, they might find the finger of blame actually points back at them.

U.S. News & World Report collected a few recent incidents. In Arkansas, a man named Abdulhakim Muhammad is accused of shooting two soldiers at an Army recruiting center recently. Muhammad was allegedly upset about the wars in Afghanistan and Iraq.

Likewise, four Muslim men are accused of plotting to blow up planes and bomb synagogues in New York. They were reportedly angry about the deaths of Muslims “at the hands of U.S. forces,” the magazine explains.

Well, it’s the left that stridently opposed intervention in Iraq and, to a lesser extent, in Afghanistan.

Maybe these alleged criminals were hopped up after spending years listening to Randi Rhodes rail against President Bush on Air America. Maybe they were encouraged by the movie “Death of a President,” which debuted at the Toronto Film Festival in 2006 and showed Bush being assassinated. Maybe they got their ideas from reading Nicholson Baker’s novel “Checkpoint,” also about a Bush assassination.

Perhaps -- and don’t look for much coverage of this angle in your local paper -- they were even swayed by a radicalized form of Islam, that taught them it was all right to kill in the name of religion.

Nah. That idea’s too crazy to even consider. They were not -- and von Brunn was not -- acting in the service of conservative ideas, such as smaller government and individual rights.