When An Assassin Succeeds 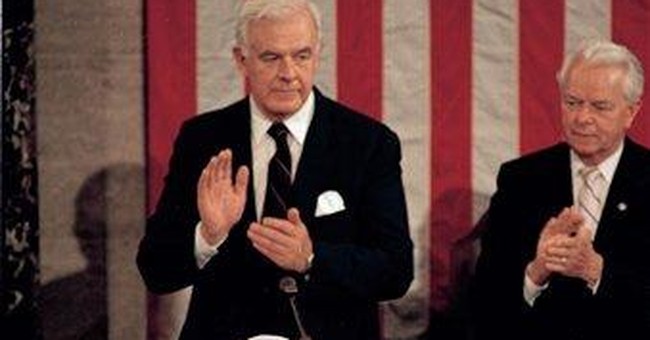 The roll call of U.S. allies in the Middle East and its neighborhood has always read like a target list: Maliki, Karzai, Sistani, Musharraf. One bullet or one suicide blast could wipe out all our work and rip apart a strategically important country.

Assassinations have steadily picked off pro-Western politicians in Lebanon, and one of our key tribal allies in Western Iraq, Sheik Satter, was murdered shortly after meeting with President Bush. But since Sept. 11, we have been lucky. There have been no assassinations of true geo-strategic significance, except perhaps that of anti-Syria former Lebanese Prime Minister Rafik Hariri, whose killing prompted a popular backlash that ended the Syrian occupation of his country.

Until now. Until Benazir Bhutto was killed in a shooting and suicide bombing at the end of a political rally in the city of Rawalpindi. Until her return to Pakistan from exile a few months ago, met immediately with threats to kill her from Islamic extremists, ended in a tragedy that is still shocking even if it seemed inevitable.

It's always been the assassin's conceit that he can move history with a single blow. Sometimes, as most infamously with Gavrilo Princip's shot that precipitated World War I, he succeeds. But it is much harder to do in stable, institutionally mature democracies where established parties can be as important as a single man or woman. Pakistan, alternately ruled by civilian kleptocrats and generals, is not such a country. Bhutto will be hard to replace.

In keeping with the clannishness of Pakistani politics, her Pakistan Peoples Party was entirely dependent on her (authoritarian-style) leadership. Her civilian rival, Nawaz Sharif, who also recently returned from exile, is soft on Islamic militants and has even been accused of having taken bribes from Osama bin Laden. That leaves President Pervez Musharraf, increasingly isolated politically, without a decent civilian ally with whom to try to broaden his support as his country totters from this latest blow.

Musharraf had seemed on the verge of escaping from the political fix his state of emergency of November had placed him. He had removed judges implacably opposed to his rule, then stepped down as head of the army, lifted the state of emergency and said parliamentary elections would go ahead on Jan. 8. The killing of Bhutto throws the elections into doubt, and will politically weaken Musharraf further as rumors circulate that his extremist-infiltrated security services may have played a role.

If Bhutto's murder were to create a spiral of violence in nuclear-armed Pakistan that Musharraf couldn't control, it would be the most successful post-Sept. 11 terrorist act since the bombing of the Golden Mosque in Iraq, which stoked a civil war that nearly brought us to our knees there. Chaos is militancy's friend, and it is much easier to bring about than lawfully constituted order.

For the terrorists, murder rather than persuasion is the very stuff of politics. It's no accident that the thunderclap that heralded the horrors of Sept. 11 was the assassination in Afghanistan of the anti-Taliban guerrilla fighter Ahmad Massoud. Where it has no majority support and no democratic inspirational leaders of its own, al-Qaida can always kill and hope to gain in the resulting whirlwind.

As Iraq during the past year shows, chaos needn't prevail. But we have more leverage over Iraq than Pakistan, where we have no troops and not necessarily even a dependable ally in power, and Afghanistan, where we are operating in a cumbersome arrangement with NATO forces that have been struggling to take the fight to the Taliban. As our Iraq policy spiraled downward in 2006, it benefited from the sort of thorough rethinking that we now need to bring to bear to Pakistan and Afghanistan.

Because what we always feared has happened -- an assassin has killed a strategically significant target. Bhutto's martyrdom will understandably obscure her misrule the first two times she was prime minister. But on her return, she was a frank voice against Islamism, and no one can deny her this: She was very brave.