Failure at the CIA 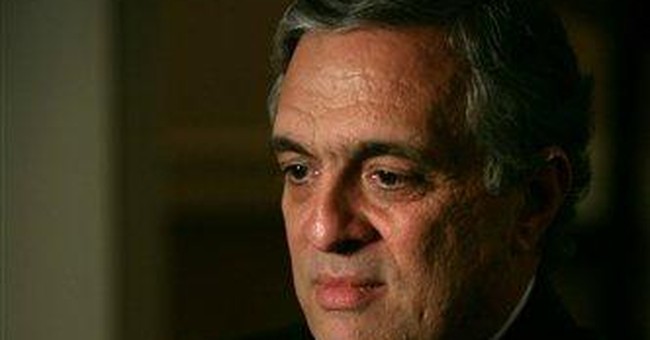 The new report from the CIA's inspector general about the spy agency's pre-9/11 failings could be titled, "What We Did During Our Holiday From History." The stretch between the end of the Cold War and the Sept. 11 attacks was supposed to be a shiny new era of globalized peace and prosperity, to which an intelligence service was considered quaintly irrelevant.

The CIA conformed to the zeitgeist by remaining quaintly irrelevant. George Tenet presided over the agency, failing his way to the second-longest tenure of any director of central intelligence, a Presidential Medal of Freedom and a $4 million book advance. He made the Peter Principle work for him not just by advancing to his level of incompetence, but by benefiting from it handsomely.

Congressional Democrats pushed for the release of the scathing IG report, completed back in June 2005, to embarrass the Bush administration. But most of the failures identified in the report took place during the Clinton administration, which set the CIA's skewed priorities and selected Tenet in the first place. President Bush should be embarrassed only because he didn't fire Tenet upon taking office or after 9/11, while Bush also has failed to undertake a serious retooling of the sclerotic bureaucracy that is the CIA.

Tenet took terrorism seriously, "sounding the alarm about the threat to many different audiences," in the words of the report. Maybe he should have gone on a lecture tour. Where Tenet fell down was in managing his agency. The thought may be father to the deed, but without the actual deed, the thought is only political cover in after-the-fact memoirs.

Tenet insists that he had a "robust plan" against al-Qaida. In reality, he only thought he had. He directed that such a plan be formulated, but according to the IG report, it never happened. Worse, Tenet did not "work with the National Security Council to elevate the relative standing of counterterrorism in the formal ranking of intelligence priorities."

In Tenet's defense, he operated within the context of a Clinton administration that basically was uninterested in intelligence. Tenet notes that the intelligence community lost 25 percent of its personnel in the 1990s and "tens of billions of dollars in investment compared with the 1990 baseline." He implored the administration for funding increases in 1998 and 1999, but had to go "outside established channels to work with then-Speaker Gingrich to obtain a $1.2 billion budgetary supplemental."

Even with more resources, his managers repeatedly moved funds from counterterrorism programs to other needs, without ever raiding other programs to fund counterterrorism, according to the IG report. What could be more important than counterterrorism? Analytic resources were poured into addressing more pressing matters like the Balkans and the environment.

After 9/11, Clinton officials and Tenet argued whether the CIA had been granted the authority to kill Osama bin Laden, with the Clintonites, in a bout of retrospective bloodlust, insisting that it had. The IG report finds that restrictions on the CIA killing bin Laden had been "arguably, although ambiguously, relaxed" for a brief period in late 1998 and early 1999 (how Clintonian). But CIA managers refused "to take advantage of the ambiguities," and even if they had, the agency didn't have the covert-action capability to kill bin Laden. Such was life during history's holiday.

What's more scandalous is how the CIA has escaped serious reform even today. Two CIA directors in a row have resisted the IG report's recommendation for an accountability board to evaluate the pre-9/11 performance of CIA officials. That word -- not "board," but "accountability" -- raises hackles at Langley, where everyone is above-average at fighting al-Qaida. Even though as many as 60 CIA employees knew that two of the hijackers were in the U.S. before 9/11 and no one managed to get the word to the FBI, CIA Director Michael Hayden thinks holding anyone accountable for that or other failures would be "distracting."

And so the band plays on.