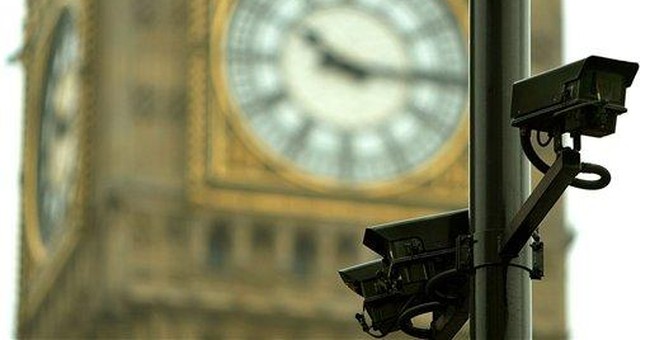 If you see something, hire a lawyer. Then, perhaps, you can say something.

That would be the new mantra for passenger vigilance -- replacing the ubiquitous "If you see something, say something" -- if Democrats get their way in Congress. They oppose an amendment to the homeland-security bill sponsored by Rep. Peter King, R.-N.Y., that would protect anyone from civil lawsuits who, in good faith, offers a tip about suspicious activity on mass transit.

The case of the "flying imams" prompted King's amendment. On Nov. 20, 2006, six Islamic clerics were removed from a US Airways flight in Minneapolis after passengers complained about behavior they considered suspicious. The imams prayed before boarding the plane, didn't sit in their assigned seats -- arranging themselves in a pattern associated with the 9/11 hijackings -- and asked for seatbelt extenders. Authorities questioned and eventually cleared them.

Twenty-first century America wouldn't be a boon to grievance-mongers of all varieties if such an incident didn't occasion a lawsuit. With the help of the Muslim pressure group the Council of American-Islamic Relations, the imams filed a discrimination suit against US Airways and the passengers who alerted the airline to their worries. The imams allege a "conspiracy to discriminate" against them that was "intentional, malicious, willful, wanton and callous."

This conspiracy was launched in the boarding area by "an older couple who was sitting behind them and purposely turning around to watch" them as they prayed. Then, the older gentlemen made a cell-phone call, and "while observing the Plaintiffs discreetly, he kept talking into his cellular phone." We are supposed to believe that this man was just waiting to stumble upon a few Muslims whom he could arbitrarily inform on for no purpose other than denying them their rights under the 1964 Civil Rights Act.

Obviously this wouldn't have happened if the men weren't Muslim, but fears of Islamic terrorism necessarily focus on Muslims. If the perpetrators of 9/11 and the Madrid, London and Bali bombings had been Episcopalian, a group of strange-acting priests traveling in their vestments would warrant an extra measure of suspicion. This is not discrimination, but a common-sense reaction to the facts of life.

A good-faith response from the flying imams would have been to say, "We don't like it, but we understand." Instead they seek damages for their "fear, anxiety to fly, humiliation, embarrassment, mental pain, suffering, inconvenience and financial injury." Their agenda -- and that of CAIR -- is to make everyone ignore the association of Islam with terror that has been forged by jihadists, and to punish anyone who acts on knowledge reinforced in headlines every day.

Because we can't have police everywhere, civilian tips are indispensable. A video-store clerk alerted authorities to the Fort Dix plot after he saw a tape of men in Muslim attire firing guns -- but not before he wondered, "Should I call someone or is that being racist?" Debra Burlingame points out that an airline employee who checked in two of the 9/11 passengers didn't ask for a special search of them because "I was worried about being accused of being 'racist.'"

If the King amendment doesn't make it into law, people in such agonizing situations will have to worry not just about being called racist, but about being sued if their suspicions prove unfounded. The King amendment garnered 304 votes in the House and 57 in the Senate, but a majority of Democrats voted against it in both houses, and now key Democrats are trying to keep it out of a House-Senate conference committee.

The Democrats oppose fighting al-Qaida in Iraq, oppose key provisions of the Patriot Act, oppose President Bush's electronic-surveillance program, oppose Guantanamo Bay, oppose the aggressive interrogation of terrorism suspects, and now they oppose lawsuit-free passenger vigilance. If only they took the terror threat as seriously as that man who may have to defend his cell-phone call in court.