The lesson of the foiled JFK plot 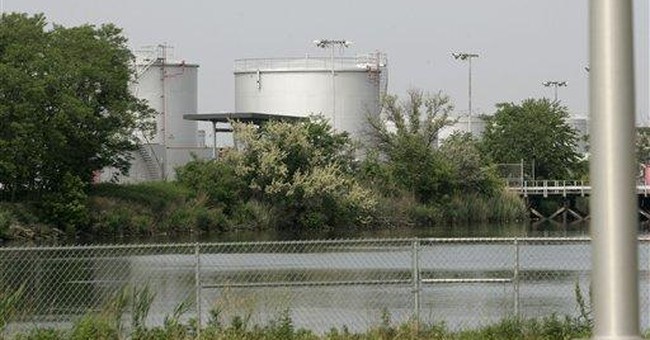 Before the bombing of the USS Cole in 2000, al-Qaida targeted another U.S. destroyer. It wanted to hit the USS The Sullivans. But as recounted in Lawrence Wright's Pulitzer Prize-winning book "The Looming Tower," the terror operatives overloaded their skiff with C-4 explosives, causing it to sink harmlessly into the surf.

They had to shoo away Yemeni locals who discovered the boat and started throwing the C-4 bricks around. Anyone discovering the operatives at that moment would have concluded that they were buffoons whose ambition to sink an American ship of war far exceeded their capabilities. Of course, nine months later, they nearly succeeded, blowing a 40 feet by 40 feet hole in the Cole, killing 17 sailors.

Foiled terror plots often will seem ridiculous and unlikely, especially when they are pre-empted. What could be stupider than Ahmed Ressam, "a petty thief" according to Wright, running from border guards in Washington state after explosives were discovered in the trunk of his car? He wouldn't have seemed so risible if he had exploded his bomb at Los Angeles International Airport. If the 9/11 plot had been disrupted at its very inception -- with jihadis playing flight-simulator games in Afghanistan -- it would have seemed laughable.

This is why even foiled plots deserve to be taken seriously. The New York Times notoriously played down the scheme to blow up fuel tanks and pipelines at John F. Kennedy Airport on Page 37, pleading that the amateurishness of the plot limited its newsworthiness. As former prosecutor Andy McCarthy points out, the FBI is a victim of its success here. Moving from an emphasis on prosecutions to an emphasis on pre-emption necessarily means that terror cases will be weaker, thus tempting us to discount the threat altogether.

The Democrats have schizophrenia on the question. On the one hand, they argue that President Bush has inflated the terror threat to make us accept fascistic restrictions on our liberties; on the other, they say that he hasn't made us safer (safer from what? one wonders, if the terror threat is so exaggerated). In the recent Democratic debate, Hillary Clinton stood alone in maintaining we're safer since 9/11, demonstrating that -- whatever her flaws -- she's the adult supervision in the Democratic field.

With hardened cockpits, better passenger screening, updated anti-terror laws in the Patriot Act, greater cooperation by the FBI and the CIA, more surveillance of terror-related conversations and financing, the elimination of terror training camps in Afghanistan and top al-Qaida leaders killed or in custody, it's hard to see how we couldn't at least be a slight bit safer. Barack Obama points to, among other things, a State Department report showing terror attacks up worldwide as evidence that Clinton is wrong.

But if terror attacks have increased around the world, what does it say that we haven't suffered one here at home in the five years since 9/11? Many of the increased attacks are happening in Iraq. The near-unanimous Democratic answer to the terrorist surge there (Ted Kennedy would call it an "escalation") is to pull out and hope the Iraqi government can defeat al-Qaida on its own. This American defeat, in turn, is supposed to soothe the Muslim world that is so inflamed at us as we try to stop the slaughter of Iraqis.

It is a major vulnerability of al-Qaida that a movement that began as an effort to topple Middle Eastern dictatorships and then turned its attention to America is now murdering innocent Arabs in cold blood every day. So long as this rampage doesn't meet with success -- by chasing out the Americans and toppling the Iraqi government -- its blood-soaked futility eventually could become self-discrediting. But the Democrats want to pre-empt that possibility by confirming everything Osama bin Laden has always believed about -- and been encouraged by -- American weakness.

Then, they'll blame Bush for making us less safe, at least on those days when they take the terror threat seriously at all.