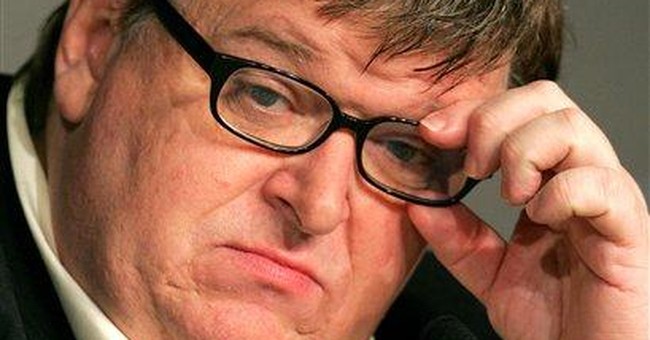 Is all that ails the U.S. health-care system that it's not run by a communist dictatorship? That has long been a premise of apologists for Fidel Castro who extol the virtues of medical care on his totalitarian island nation. Left-wing documentary filmmaker Michael Moore is reviving this Cold War relic of an argument in his new movie on health care, "Sicko," which premieres in a few weeks and favorably compares the Cuban health-care system to ours. Moore ostentatiously took a few sick 9/11 workers to Cuba for care. "If they can do this," Moore told Time magazine, referring to the Cubans, "we can do it." All that the Cuban government has done, however, is run a decades-long propaganda campaign to convince credulous or dishonest people that its health-care system is worth emulating. These people believe -- or pretend to believe for ideological reasons -- that a dictatorship can crush a country's economy and spirit, yet still deliver exemplary medical care. Cuban health care works only for the select few: if you are a high-ranking member of the party or the military and have access to top-notch clinics; or a health-care tourist who can pay in foreign currency at a special facility catering to foreigners; or a documentarian who can be relied upon to produce a lickspittle film whitewashing the system.

Ordinary Cubans experience the wasteland of the real system. Even aspirin and Pepto-Bismol can be rare and there's a black market for them. According to a report in the Canadian newspaper the National Post: "Hospitals are falling apart, surgeons lack basic supplies and must reuse latex gloves. Patients must buy their sutures on the black market and provide bed sheets and food for extended hospital stays."

How could it be any different when Cuba embarked on a campaign of economic self-sabotage with the revolution of 1959? It went from third in per capita food consumption in Latin America to near the bottom, according to a State Department report. Per capita consumption of basic foodstuffs like cereals and meat actually has declined from the 1950s. There are fewer cars (true of no other country in the hemisphere), and development of electrical power has trailed every other Latin American country except Haiti.

But the routine medical care, we're supposed to believe, is superb. The statistic frequently cited for this proposition is that Cuba has the lowest infant mortality rate in Latin America. Put aside that the reflexively dishonest Cuban government is the ultimate source for these figures. Cuba had the lowest infant mortality rate in Latin America prior to the revolution and has lost ground to other countries around the world since. It also has an appallingly high abortion rate, meaning most problem pregnancies are pre-emptively ended.

Other countries in Latin America have made advances in health without Cuba's vicious suppression of human rights (which, no doubt, contributes to the island having the highest suicide rate in Latin America). The way public health works in Cuba was nicely illustrated by the case of Dr. Desi Mendoza Rivero, who complained of an outbreak of dengue fever that the regime preferred to ignore in the late 1990s, and was jailed for his trouble.

The only reason to fantasize about Cuban health care is to stick a finger in the eye of the Yanquis. For the likes of Michael Moore, the true glory of Cuba is less its health care than the fact that it is an enemy of the United States. That's why romanticizing Cuban medicine isn't just folly, but itself qualifies as a kind of sickness.