Be Strong But Civil 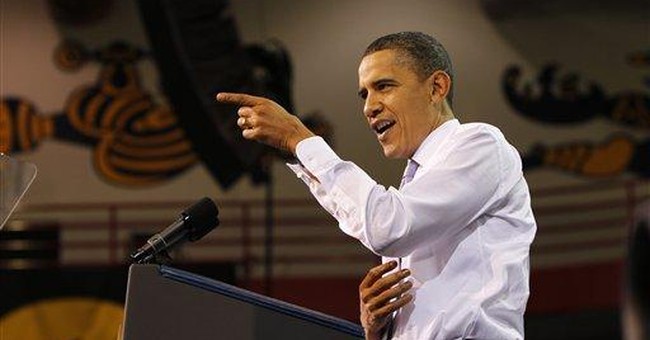 The discussion about health care reform began to take on an edge last summer during those town hall meetings which became the "August Story." In district after Congressional district, Democrats who had been sent home with a vague theory of a new way to handle health insurance were shouted down and fed up.

As we noted at the time, a cardinal rule of politics is: If you don't define yourself or your issue, your opponent will do it for you.

And, boy, did the opponents of a federalized health care system define it for the Democrats.

Those Democrats who realized they had been outflanked by said that the people who attended those town hall meetings had been organized and turned-out by the GOP.

In just a few weeks the Republican Party had gone from being a defeated and dysfunctional organization (which was on the cusp of not just being the minority party; but a minor party) to a highly efficient political juggernaut which could identify, organize, and turn-out hundreds of people at town hall meetings all over the nation.

According to Democrats and the press, the GOP had gotten really good, really fast.

The Tea Partiers did not start not with health care. They started after an on-air rant by CNBC's Rick Santelli over the way the Obama administration was planning to bail out people who couldn't pay their mortgages.

Random groups loosely affiliated themselves into an organization called "The Tea Party" and created a national voice of opposition to one of the many versions of the Democrats' health care reform bill.

Republicans in the House and Senate - cut out of the process by the large Democratic majorities in each Chamber - embraced the Tea Partiers and, indeed, came within three votes of stopping the entire process.

On Sunday, it was widely reported that, while walking from the House Office Buildings to the Capitol, Black Members of Congress had been spat at and had been assaulted verbally.

I don't believe it. There is not one cell phone picture, not one second of Flip camera video, not one digital photo, not one anything that corroborates any of those stories.

I am convinced that Democratic Members invented those stories to call the people who were protesting against the health care reform bill into disrepute.

If evidence comes to light to prove me wrong, then we'll revisit this.

The quickly declining state of political civility in the nation was not helped yesterday by President Obama's campaign-style appearance in Iowa City yesterday in which he employed a tone which was mocking and disrespectful.

The President's spoke of how good this bill is going to be for business. In fact, he challenged Republicans who want to run on a platform of "repeal" in November to "go for it."

Last night the Associated Press released a short analysis of how this bill will affect American companies. This is the exact text as cut-and-pasted from the New York Times website:

COSTLY CHANGE: The new health care law will make it more expensive for companies to offer prescription drug coverage for retirees because companies will receive smaller tax deductions for those benefits in the future.

TOUGH TO SWALLOW: One study estimates that U.S. companies could lose as much as $14 billion this year because of the tax law change.

SIDE EFFECTS: As many as 1.5 million to 2 million retirees could lose the prescription drug benefits their former employers provide because of the tax changes.

I agree with the President. If Republicans want to run against a bill which imposes $14 billion in new costs to American businesses, and causes and 2 million retirees to lose their prescription drug benefits they should "go for it."

It wouldn't hurt if both sides took a break from the hypertensive rhetoric and let America catch its collective breath.

Democrats are attempting to turn the attention of independent voters away from their opposition to the health care reform bill, to aversion to the protesters and Republicans who support them.

The GOP needs to be careful not to be seen as inciting physical harm to public officials. Dropping the decibels will help.

Republicans are on the correct side of this debate. They can afford to be strong, but civil.