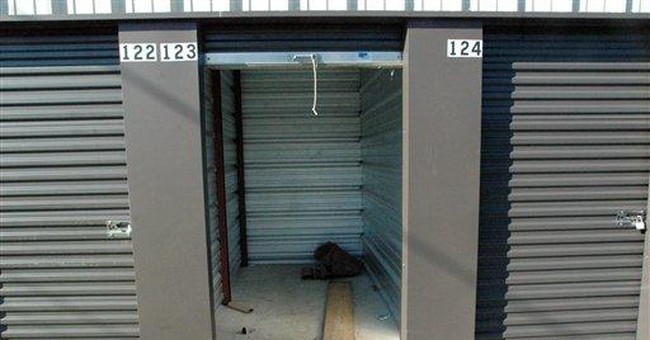 At the request of President-elect Obama, President-current Bush sent notification to the Congress that the Executive Branch would very much like to spend the second $350 billion of the $700 billion bail-out bill which became law back on October 3, 2008.

The way the deal was worked out, the Congress provided the first $350 billion immediately. The President had to ask for the second half of the money and the Congress has 15 days to say "no" or the funds are available.

The money which has gone to the banks under the Troubled Asset Relief Program (TARP) has allowed gigantic banks to buy slightly less gigantic banks and … well, we don't exactly know what the banks are doing with our money because they have refused to tell us.

I DO know that businesses which didn't used to be banks decided to call themselves banks so they could share in the TARP funds.

American Express - the people who send you nastygrams if you don't pay your bill in full every month (on most of their products) became a bank and got over $3 billion of our money.

CIT Group - the people who … I have no idea what CIT Group does. Here's what it says on its website:

Whatever that means, CIT Group declared itself a bank holding company so it could "seize a once-in-a-lifetime opportunity" to glom onto $2.3 billion of our money.

According to the Treasury website you, too, can qualify for TARP funds. All you have to do is convince them you are like:

Pretty much anyone with a kid in college qualifies, seems to me.

I was in favor of the bailout in the beginning because the President and CNBC scared the you-know-what out of me about just how bad things were.

We can never rewind the tape and see what might have happened if the Congress hadn't made the money available, so we have to assume that because malls are still open, planes are still flying, and about 93 percent of the American population which wants to work, has a job, it was the right thing to do.

The 15-day clock started Monday so today, Wednesday we are down to 13 days. Assuming I can count on my fingers and one of my feet, that takes us to Monday, January 26 - six days AFTER President-elect Obama assumes command.

The Obama people have not, to my knowledge, told us why they asked President Bush to issue the request, but my long history with politics in Washington, DC tells me it has something to do with wanting to get this all done on Bush's watch so Democrats can lay all the blame on George W. and, when the economy recovers, claim all the credit for themselves.

Here's my recommendation to the GOP members of the Senate: Unless you are absolutely convinced that the world economic system will grind to a halt between now and say, Tuesday, January 21, do what you can to hold off the vote.

I have said before that I am rooting for President Obama to be successful. But, I do not believe that his success or failure depends on whether a vote on that second $350 billion occurs this week or next.