Rolling the Dice in Vegas 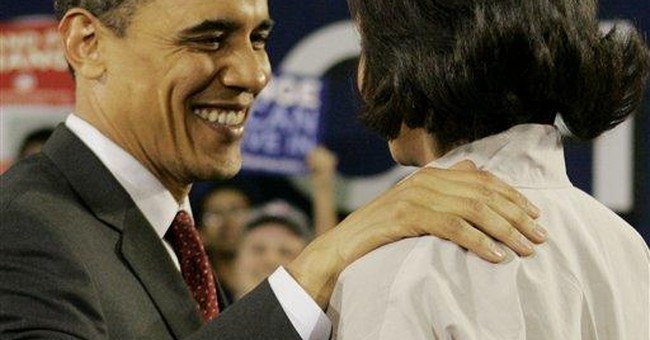 Two states take their turns in the batter's box tomorrow: South Carolina hosts the Republican Primary (the Dems have their primary here a week later), and Nevada which will hold its Republican and Democratic caucuses.

If you've been following this tour around the Palmetto State in MULLINGS you are pretty familiar with the political landscape here.

The locals are very touchy about the way the name of their state is pronounced. According to them the first "a" is pronounced as in "air" not as in "ahh." Some time ago I was giving a speech in Reno, pronounced it "Nev-AH-dah" and the next thing I knew I was being verbally pelted with cabbages, tomatoes and assorted fresh fruits.

I do not know why this is such a big deal. I offer it as a cautionary tale.

… in the Democrats' contest, Hillary Clinton and Barack Obama are seriously contesting for delegates there. Neither Obama nor John Edwards participated in the Michigan primary (because Michigan is being punished by the DNC for moving its election up too early), so this will be the first head-to-head test between Hillary and Barack since New Hampshire … a full week-and-a-half ago.

The big news last week was that the Culinary Workers' Union which covers the bulk of the casino, hotel, and restaurant employees, endorsed Obama. The Union then set about to make it easy for its workers to vote by setting up a series of "at-large" caucuses in the ballrooms at nine of the major casinos along the Las Vegas Strip.

A law suit was filed to declare those at-large caucuses illegal - a suit which is widely assumed to have been supported by (if not actually filed on behalf of) the Clinton campaign - on the grounds that it made it too easy for casino workers to attend while regular Democrats will have to actually leave their place of work or their homes and find a caucus site.

The suit was thrown out on the grounds that the political parties have the right to set their own rules, but not before former President Clinton was caught on camera shouting at a reporter for daring to ask why the Clinton campaign was opposing a rule which made it easier for minorities to participate.

Speaking of minorities, according to reporting by Jill Lawrence in USA Today: "We are past the white bread and mayonnaise phase of the process," says Ted Jelen, a political scientist at the University of Nevada, Las Vegas, referring to the Iowa and New Hampshire contests. "The participants look a lot like America."

A comment which went largely unnoticed. Can you imagine the outrage - the legitimate outrage - if a political science professor from, say, the University of South Carolina had said that the Nevada caucuses marked the "beginning of the rye bread and salsa phase" of the process?

All the crankiness aside, the Culinary Union endorsement means a lot to Obama and should propel him to a win there. If that happens, Obama will come into South Carolina next Saturday with wins in "white bread and mayonnaise" Iowa as well as "rye bread and salsa" Nevada.

As we've suggested before, nearly half the votes in the Democratic primary here are expected to be cast by African-Americans. If those voters are convinced that Obama's candidacy has support across both a wide geographical and a wide racial cross-section of the Party, then the Clinton campaign's "inevitability" crusade may well suffer another - perhaps fatal - blow.

On the Republican side, only Mitt Romney is seriously contending in Nevada. The state GOP spokesman, again according to the Lawrence piece, reminds us that the Dems have an additional week between Michigan and South Carolina. Because "It takes an entire day to fly across the country and back" Romney has apparently decided to leave South Carolina to its own devices and declare victory in Nevada on Saturday.