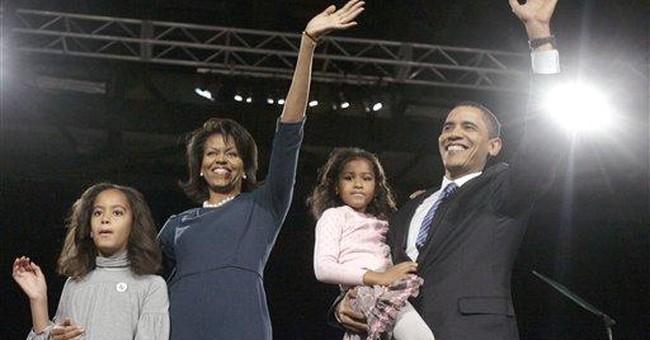 Nobody had predicted what actually happened last night at the Iowa Caucuses.

You have seen the headlines: Barack Obama rolled to a victory in the Democratic caucuses with about 38 percent and Mike Huckabee sailed into first place on the GOP side with about 34 percent of the caucus goers' support.

Thus, Obama and Huckabee were the big winners.

But the Iowa Caucuses are often more about who lost than who won. Hillary Clinton came in third among the 240,000 Democratic voters, a fraction of a percentage point behind former Sen. John Edwards. Mitt Romney came in second among the 100,000+ Republican caucus attendees.

The turnout, in Iowa terms, was very heavy. About double the number of Democrats turned out as had been expected. Something on the order of 25% more Republicans trekked to their local caucus than the Iowa GOP had predicted.

A year ago, Sen. Clinton was seen as marching through the process as the certain nominee. "Inevitability" was the word. Obama had burst onto the scene, but most political geniuses believed him to be unable to sustain the early excitement he was generating.

A year ago, Gov. Huckabee was … invisible. Sen. John McCain was the GOP front-runner and Gov. Mitt Romney was using his enormous personal fortune to build a team designed to lead his march to victory.

McCain's campaign collapsed in mid-year. He has enjoyed a resurgence over the past month and has decided to make his stand in New Hampshire next week, not Iowa. Without campaigning here, he came in fourth with 13 percent, a handful of votes behind Sen. Fred Thompson (for whom I am a paid advisor).

Romney spent something north of $7 million here in Iowa but could generate support from only about a quarter of the caucus goers.

Clinton pulled out all the stops to win in Iowa including bringing former President Bill Clinton not just into the fray, but pushing him onto center stage in an effort to sway Democrats to her side.

Obama portrayed himself as the agent of change. Clinton ran as the voice of experience.

Huckabee, as recently as six weeks ago was an asterisk in public polling. His sudden emergence as a serious candidate was met with a furious counterattack by the Romney campaign which directed reporters to any number of issues and actions Huckabee had supported and taken as Governor.

About a third of Iowa Republican caucus goers were not dissuaded from supporting the combination of good humor and deeply held Christian beliefs which Huckabee portrayed.

Down the list, New Mexico Governor Bill Richardson got only about two percent of the votes with Senators Chris Dodd and Joe Biden not clearing the one percent bar.

On the GOP side, Sen. Fred Thompson announced that he would continue in the race, planting his flag in South Carolina which will hold its primary on January 19. Rep. Ron Paul, with just under 10 percent of the caucus votes, demonstrated a small but dedicated following. Like McCain, Paul is looking for a stronger performance in New Hampshire next week.

Thompson's showing matched the pre-caucus polling which had predicted a finish in the low-to-mid teens. It was not until late in the evening that Thompson appeared at a rally in downtown Des Moines to announce he would be going on.

The results in Iowa are no guarantee that Obama and Huckabee will be the eventual nominees. Neither got as much as 40% of the votes here last night meaning more than six-in-ten supported someone other than the winners.

Among Republicans, Rudy Giuliani barely dipped a toe into the Iowa snow so his 3% showing is not counted against him. However, Giuliani is currently polling at just 10% in New Hampshire so his "Wait-Until-Florida" strategy will be put to the test on January 29.

Romney has committed tens of millions of his personal fortune to this race and is the only candidate on the GOP side who can fight on every front, in every location, simultaneously. However, a loss next week in New Hampshire (despite an expected win in Michigan) may well inflict a fatal electoral wound.

For Hillary Clinton the New Hampshire primary has gone from an expected second notch in her gun to a must-win. Since the beginning of the campaign she has been hamstrung by a feeling among Democrats that she is such a divisive figure that she will not be able to win in November.

John Edwards' second place finish last night may, in fact, prove to be the boost he needs to generate additional revenue from Democrats who don't like Hillary and don't believe Obama is ready to be President.

Once again, Iowa may not show us who will be President. But has clearly shown who will not be.

See you in New Hampshire!