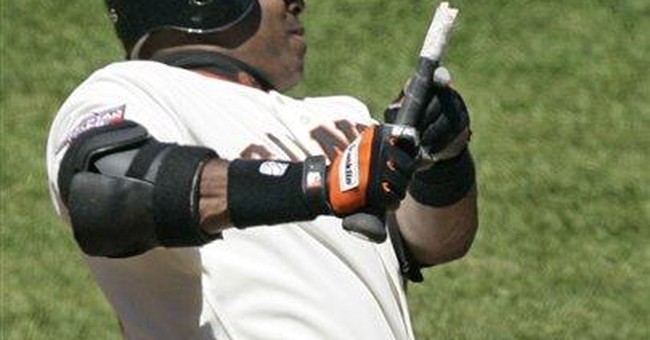 There is a legend, an urban legend, that upon the publication of F. Scott Fitzgerald's novel, "The Great Gatsby" in 1925, he said to Ernest Hemingway that "The rich are different from the rest of us." According to legend, Hemingway responded, "Yes, they have more money."

Whether that is true or not, it is amusing to consider what that short conversation might have sounded like had it been held in the first decade of the 21st century instead of the third decade of the 20th.

"The famous are different than the rest of us," Fitzgerald might have said. "Yes, they think they live by different rules," Hemingway might have answered.

I suspect, had we lived in what was known as "high society" in the "roaring twenties" we might have thought we lived by different rules as well. Prohibition? Hah! Fill'er up.

Going to an office or, more likely, a factory? Don't be silly. One doesn't actually work for one's money, does one?

Getting on a streetcar to go food shopping on Saturday? How quaint. Why not just send out the household help?

The principal differences between them's what had money and fame in 1925 and those with the same advantages in 2007 are: The media. And the Internet.

Back in the dark ages of 1925 NBC was still one year away from coming into being. The first commercial TV sets (as we understand the concept today) were not sold until 1934 - nine years after the alleged Fitzgerald-Hemingway repartee.

In Hollywood, major studios had whole departments devoted to keeping bad news about their stars out of the papers. And the papers, or at least the gossip writers, were willing participants in the dodge.

I remember seeing Judy Garland on what was known as a Variety Show on TV show when I was a kid. She told the star that "the monkey was off" her back.

I had no idea why the star of The Wizard of Oz would have a problem getting a chimpanzee disentangled, so I asked my dad. He said he didn't know what that meant. But he had been raised in pretty tough section of Brooklyn, so I suspect he knew, but he didn't think I needed to know.

Back in the day, sports stars were protected by the sports writers. A baseball player showed up at the stadium too hung over to play? No problem. The beat writers would cover for him.

We know now that great players from Babe Ruth to Mickey Mantle enjoyed, shall we say, the night life with a bit too much exuberance. But during their hey-day's it would have been suicide for a beat writer to say that The Babe might have struck out because he had been sick until just before game time; or The Mick might have misjudged that fly ball because he had something of a headache.

In 2007, what with 24-hour cable news, nanosecond-after-the-fact uploads to YouTube, and websites devoted to publishing celebrity mug shots, on-line uploads of gossip columns like the NY Post's "Page Six" (which, as you probably know is not located on the sixth page of the hard copy paper) there is no getting away with anything.

Michael Vick is indicted in connection with dog fighting. Lindsay Lohan (whom I will forever believe has never gone beyond her role in the 1998 remake of "The Parent Trap") is going to go to jail because her pal, Britney Spears had to spend slammer time for driving on a suspended license.

And Barry Bonds will break one of the most hallowed records in sports - the all-time home run leader - this week or, at the outside, next. It is generally accepted that, for some number of years, he used steroids to enhance his performance.

Barry, Britney, Lindsay and Michael. Too bad they were born 85 years too late.

They might find some solace in the final line of Fitzgerald's "The Great Gatsby":

So we beat on, boats against the current, borne back ceaselessly into the past.