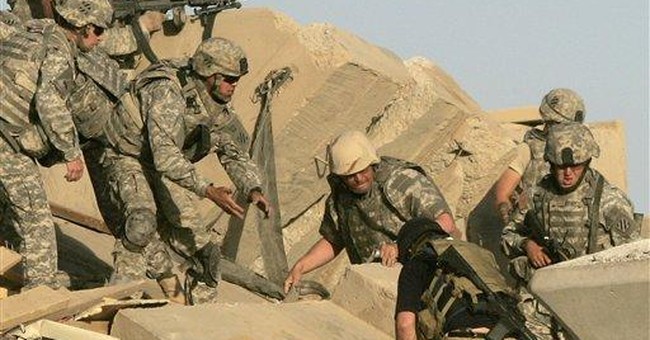 On Bob Scheiffer's CBS Sunday morning show, "Face the Nation" Senator Joe Lieberman (I-Conn) said (according to the CBS website) "The United States should launch military strikes against Iran if the government in Tehran does not stop supplying anti-American forces in Iraq."

That's a little stronger than his actual words, but his meaning was absolutely clear. "I think we've got to be prepared to take aggressive military action against the Iranians to stop them from killing Americans in Iraq."

I don't disagree with Senator Lieberman, but I wonder how this will play this morning in the Democratic Cloak Rooms in the House and Senate when the Members get together to plot immigration and Iraq strategy.

You will remember that Lieberman was beaten in the Democratic primary because of his support of the US effort in the Middle East. Lieberman ran as an independent and won, but has continued to caucus with - or at least caucus among - Democrats in the Senate.

You will also remember that the current lineup in the US Senate is 49 Democrats and (because of the death of Senator Thomas) 48 Republicans. Bernie Sanders of Vermont caucuses with the Dems even though he claims to be a Socialist and Lieberman which, for organizing purposes gets the Dems to 51.

Senator Thomas will be replaced with a Republican even though the Governor of Wyoming is a Democrat, so the GOP will get back to 49 members within a few weeks.

I know you are going to say that South Dakota Senator Tim Johnson has been absent since suffering a brain hemorrhage last year and so the Democrats only have 50 votes but the GOP still only has 49 votes.

"But wait!" I know you're saying to yourself. "What about Dick Cheney? Can't he vote?" No. The Constitution says the VP can vote to BREAK a tie; not to create one.

So, in order to give Vice President Dick Cheney the deciding vote in who shall control the Senate you have to get to a 50-50 vote.

Let's say Senator Lieberman is publicly excoriated - not by his Democratic colleagues because they don't want to aggravate him to the point of his organizing with the Republicans - but by the MoveOn.org wing of the Democratic party.

Let's say the Left Wing of the Democratic party puts so much pressure on Leftward-leaning Democrats that they stop, for instance, inviting him to the weekly policy lunch, or begin hinting broadly that perhaps the Democratic Senate caucus should strip Lieberman of his committee assignments.

If this Iran thing begins to pick up steam, then it is not at all unlikely that Joe Lieberman will be made to feel so uncomfortable by the Democrats in the Senate (four of whom are running for President and all trying to be more anti-war than the next) that he finally decides enough is enough and he offers to vote to organize with the GOP.

Assuming Senator Thomas' replacement is in place and Senator Johnson is able to vote that takes it from 51 - 49 Democrats and Independents to 50-50.

If that were to happen Senate Republican Leader Mitch McConnell (R-Ky) couldn't get to a phone fast enough to get Dick Cheney up to the Hill for a new organizing vote.

Truth is, the Democrats should never have been in control of the Senate in the first place. If it weren't for George Allen (R-Va) running the worst campaign in modern American political history - eclipsing even Michael Dukakis - this whole thing would be moot.

Hillary Clinton campaigned for Lieberman's opponent last fall. So did his Connecticut colleague (and Presidential candidate) Chris Dodd. So did Ted Kennedy. So did Nancy Pelosi.

Lieberman has shown himself to be a man of principle in not switching parties in spite of his Democratic colleagues dancing on what they thought was his political grave.

But you might start watching for the signs. I suspect that before this year is out Joe Lieberman (I-Conn) will still be an independent, but he will be caucusing with the Republican majority in the US Senate.