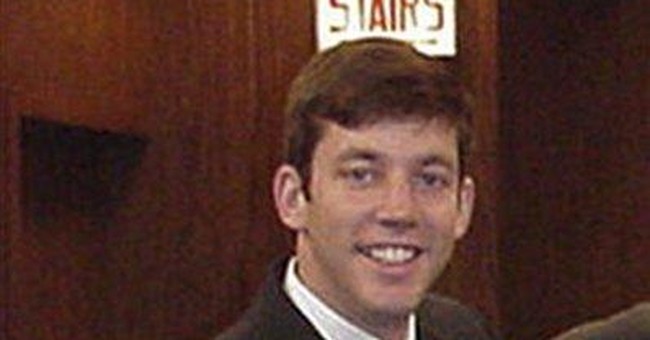 The scariest lead paragraph of the week came from a front pager in the Washington Post by Spencer Hsu:

"The U.S. Secret Service expects to borrow more than 2,000 immigration officers and federal airport screeners next year to help guard an ever-expanding field of presidential candidates."

Here's how you know if you are a top-tier Presidential candidate:

Hsu's piece goes into great detail in explaining the stresses and strains on the Secret Service which "mindful of offending the White House or Congress, said in a statement that it 'declines to participate with this story."

He should have asked the TSA how it is going to cope with its new duties of checking for excess shaving cream in your carry-on and protecting Dennis Kucinich from … whomever.

Speaking of the TSA and immigration officers, how did that guy from Atlanta with Tuberculosis get on and off airplanes in 275 different cities in 28 different countries on (now) eight different planets when he was on a "no-fly" list?

According to the Atlanta Journal-Constitution, the guy's name is Andrew Speaker - a personal injury lawyer who practices with his father in Atlanta.

Let's start a pool: How many days before his father sues the TSA for not keeping his son, TB Andy, off an airplane.

No. Better yet. How long until the OTHER passengers are contacted by the father with an offer to represent them against the airlines for putting them at risk by allowing TB Andy to fly?

He apparently went to Europe to get married and have his honeymoon, in spite of having been warned that he might be infectious. The UK Telegraph quoted him as saying, "I didn't want to put anybody at risk," in spite of taking a flight to Canada to avoid the no-fly list thing.

TB Andy's father-in-law is a scientist at the Centers for Disease Control in Georgia.

TB Andy's father-in-law gave him some "fatherly advice" about traveling, because

TB Andy had already been diagnosed with tuberculosis, but said he

"Did not find out until he was already in Rome that it was an extensively drug-resistant strain considered especially dangerous."

Again, according to the AP:

"Along the border crossing at Champlain, N.Y., an inspector ran Mr. Speaker's passport through a computer, and a warning - including instructions to hold the traveler, don a protective mask in dealing with him, and telephone health authorities - popped up, officials said.

"About a minute later, Mr. Speaker was instead cleared to continue on his journey, according to officials familiar with the records.

"The inspector has been removed from border duty."

And was placed in charge of Dennis Kucinich's protective detail.