There But for Fortune 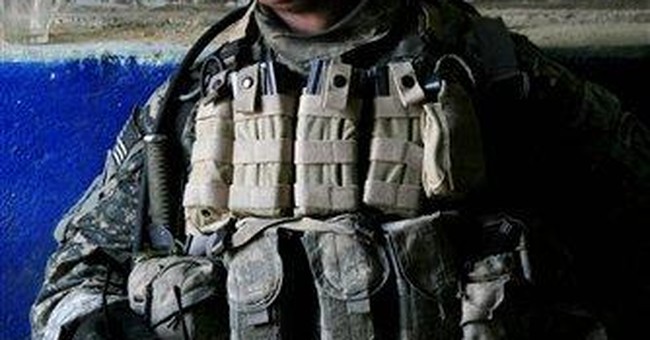 Sunday was Joe Banker's last day on the job minding the press parking lot at RFK. When you drive in he checks your press pass, trades pleasantries, waves you through. He sits on one of those motorized scooters. His has an American flag flying from one corner and an POW/MIA flag flying from the other.

Joe Banker is disabled. The disability comes partially from a series of injuries suffered in the early 1970's as a member of a helicopter crew in Vietnam - bullet wound in the shoulder, bamboo stake stab wound in the side, shrapnel wound to the head, foot injury from being run over by the jeep that had been sent to rescue him - that sort of thing.

To hear Joe tell the story - it all happened not only on the same day, and not only in the same action, but all within about 30 minutes. He was 20 years old.

The extra weight exacerbated the foot injury and also led to diabetes which led to all of the other issues associated with being morbidly obese including breaking a couple of vertebrae causing him to have to use a wheel chair which after which he found it impossible to hold down a full-time job.

But Joe Banker muddled through until 1996 when the Social Security folks agreed that he was, indeed, disabled and he began collecting what grew to $891 per month.

Whether or not you believe the Social Security system was ever designed to be a disability payment mechanism is not the issue. It is, and Joe Banker was playing by the rules.

Or so he thought. Joe had been working a part time job with a software company until the company got bought out and he became one of the "synergies" - Wall Street Speak for being laid-off.

In 2005 he got a job with the outfit which runs the parking lots at RFK for both Washington Nationals baseball games and DC United soccer matches.

Between the two teams Joe Banker checks press passes 110 days a year for about six hours per day at the current rate of $11.85 per hour.

According to Banker, that $7,821 caused the Social Security system to send him a letter saying it was proof he is "gainfully employed" and therefore not disabled and, in fact, had never been disabled.

Because he had never been disabled, the Social Security System informed him they would like their money back; all the money they have sent him since 1996 which amounts to - Banker recites from memory - $90,633.90.

That, as it happens, is precisely the amount Joe Banker and his wife do not have in their checking account because the Social Security System has attached his checking account taking control of his wife's paychecks as well as his VA benefit checks.

The only way to fix the situation is for Joe Banker to quit his job at the press parking lot remain unemployed for at least 60 days and reapply for disability.

I recognize I only got Joe Banker's side of this story, but if it is even largely accurate then it demonstrates what happens when the federal government tries to run major social programs and writes rules which are unbendable, even assuming they can be understood.

There are tens of thousands of Joe Bankers in America: Guys who have gone off to war, come home bruised and battered but, over the years have made their way, staying above water, but not by much.

If we are not vigilant, there will be tens of thousands more Joe Bankers as the result of their service in Afghanistan and Iraq.

I hope this Joe Banker finds a life raft to cling to.

Show me the hobo, who sleeps out in the rain;

And I'll show you a young man

With so many reasons why;

There but for fortune, go you or I.

On a the Secret Decoder Ring page today: A bio of Phil Ochs, a photo of Joe Banker a fascinating Mullfoto and an amusing Catchy Caption of the Day.