A Quantum Theory of Fundraising 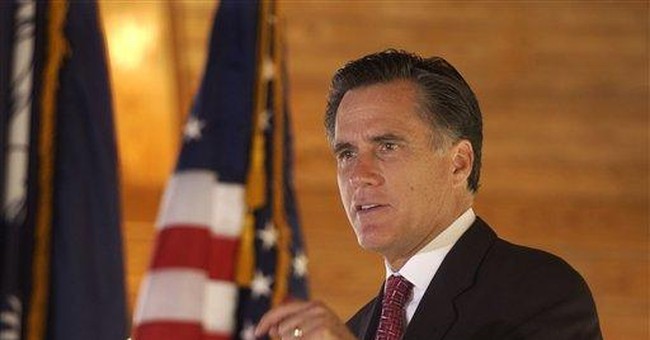 Five of the Big Six campaigns announced their first quarter fundraising totals on Monday which caused Washington-based reporters to scramble around looking for guidance on what it all means. (Barak Obama's campaign had not reported its numbers as of this writing.)

I answered all questions the same way: These first quarter fundraising totals are like quantum physics. I know that I'm reading, but it defies common sense.

For example Mitt Romney's campaign raised about $20 million (not counting the $2-plus million he lent his campaign to get things started). Romney told Glen Johnson of the Associate Press that "his lead in Republican presidential fundraising to 'a message that's connecting.'"

Romney's message is connecting with less than 10% of Republican voters in every poll which includes Fred Thompson and, in the USA Today/Gallup poll had him tied with Sam Brownback at 3%. Brownback raised about a half million dollars which means he is being much more efficient on a percentage-point-per-dollar raised.

The NY Times, in a front pager by reporter David Kirkpatrick, ascribed Romney's fundraising success as the result of "tapping two distant but rich networks - Wall Street and the Mormon Church."

Giuliani who raised about $13 million for the quarter (not including transfers) had previously said the campaign had done a dreadful job raising money in January and had changed up its finance operation, thereby telegraphing their belief they would trail Romney.

Nevertheless, the Giuliani campaign has got to keep up its more recent fundraising pace to pay for the organizational work which needs to be done between now and February 5, 2008.

McCain came in dead last among the five campaigns which announced their numbers yesterday at about $12.5 million. A reporter called to ask whether McCain's superior organization overcame the relative lack of fundraising: "How are they going to pay for it?" I asked.

It, again, defies logic that a group of senior political operatives who have been around McCain since 2000 had not filled (as Hillary did) a Senate campaign war chest which would have allowed them to transfer $8-10-12 million into the Presidential race.

On the Democratic side, Hillary no more raised $27 million in the first quarter than I did. The checks might have been dated and deposited in the first quarter, but the Hillary-for-President operation was lining up donors (and possibly collecting post-dated checks) so they could be deposited as soon after January 1, 2007 as possible to in create what can only be described as an open fire hydrant of cash.

The question is: How much of this is due to Democrats' love of Bill Clinton and how much is due to their tolerance of Hillary?

Another quantum theory logic-defying question is: If Hillary has raised $27 million, why is she barely in the mid-thirty's in the polls meaning something like two-thirds of Democrats still looking for someone else?

John Edwards - the forgotten man in all of this until 10 days ago - raised about $14 million which, in other cycles would have been eye-popping, but in this cycle put in him the back of the pack with Giuliani and McCain.

Assuming Obama comes in at about Romney numbers - $20 million - that campaign will have to demonstrate that he has the political as well as the fundraising power - to draft in behind Hillary through the summer months.

The Clintonian theory of politics is: Never let an opponent get a toehold but if he/she does, blow up the side of the mountain.

Nevertheless, in both parties - Gingrich/Thompson on the R side and Al Gore on the D side - are sitting in third place on the heels of the front-runners, having yet to raise a single dime.

You tell me what it all means.

On a the Secret Decoder Ring page today: A link to the AP piece about Romney and a NY Times piece about Obama. Also from the NY Times the Mullfoto is of the funniest correction I have read in a long, long, time. Also a Catchy Caption of the Day which makes fun of the French. ALL THAT PLUS - A GREAT edition of Dear Mr. Mullings. New Today!