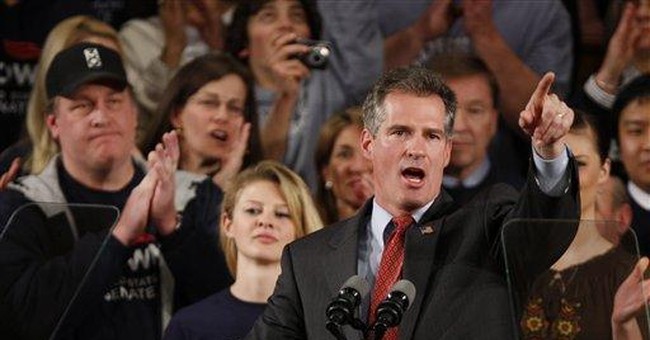 Most Americans are aware that a special U.S. Senate election is taking place in Massachusetts on Tuesday. Others will be reminded by morning media news reports.

Many Americans know the election is to fill the remaining term for the seat occupied by the late Edward ‘Ted’ Kennedy. Some may recall that Kennedy – often referred to in the media as the “lion of the senate” – occupied the seat for 46 years.

Still, which candidate is elected to represent the Commonwealth of Massachusetts is important to every American citizen. Here’s why:

In many ways, whoever wins the Massachusetts contest will be "your" 3rd U. S. Senator in Washington - at least for the rest of 2010.

How the new U. S. Senator votes on key national issues will have serious impact on you and your family. And, the effects of their votes will last far beyond 2010.

Thus, if the new senator’s views are out of sync with your own, their win means you lose.

For starters, the fate of so-called health care reform could rest on the outcome.

Thus, no one should be surprised that President Barack Obama showed up in Massachusetts on Sunday in an obligatory attempt to shore up the Coakley campaign.

While the president was in the Bay State, Obama political operatives inside the White House began developing alternate strategies to salvage their overhaul of the health care industry, while making non-attributive comments that they “expect Coakley to lose the race.”

Those off-the-record comments reflect increasing worry about the outcome.

Polls show the race a dead-heat with late-deciders leaning toward Brown.

So, the White House political recipe at this point calls for the typical public spin with heavy sprinkles of lowered expectations and liberal splashes of Obama magic in the hope that Coakley can pull it out.

Clearly, Massachusetts voter turnout will drive the outcome – the result of which is certain to have significant effects on all citizens across our nation.

Martha Coakley has the clear advantage to drive voter turnout on the strength of the deeply entrenched state Democrat Party machine. That’s supplemented with broad union support – roviding both money and additional workers to staff her campaign operation.

Although Scott Brown has state Republican Party support, that pales in comparison to Democrat registration and party machine operations. What’s made the race tight, according to the polls, is Brown drawing 3 of every 4 independents.

The important difference in the race, however, may well be those individuals who quietly support the Tea Party movement – that is, if those citizens are motivated to make it to the polls.

Many voters that the Democrats could once depend on are now abandoning them.

First, how many Democrats will stay home from the polls?

Second, how many Democrats and Independents will show up to vote for Brown?

Those individual citizens will decide who wins Tuesday’s special election in Massachusetts.

They will also decide who will be "your" 3rd U.S. Senator.

Richard Olivastro is president of Olivastro Communications, a professional member of the National Speakers Association and founder of Citizens For Change. He can be reached at Rich@Olivastro.NET or 877.RichSpeaks.

New Poll Spells Trouble for Biden with Record Low Approval
Townhall
Dem senator posts totally not staged photo leaning on a tractor talking on the phone to Biden
Twitchy
Watch: Deranged Beta Tries to Accost Tucker Carlson in a Bait Shop
Redstate
The World Has Had It With China Flu Lockdowns: Protests Rock Cities All Over the Globe
PJ Media