‘The Joy of Defeat’ 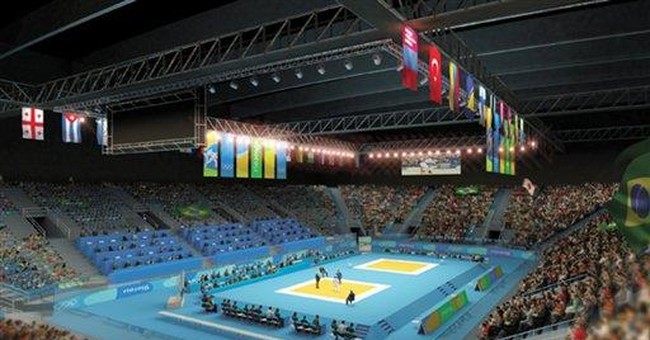 Is there – can there be - joy in defeat?

“You can play a great game and still not win” opined President Obama after Team Chicago lost its quest for the 2016 Olympic Summer Games. “I have no doubt that it was the strongest bid possible and I'm proud that I was able to come in and help make that case in person."

Reportedly, Team Chicago manager Mayor Richard Daley prevailed on his political acolyte convincing Mr. Obama to put his personal and presidential prestige on the line by making the road trip to Copenhagen, suit up, and pick up his rhetorical bat in order to “pitch-hit” as part of the effort to sell Chicago to the International Olympic Committee (IOC).

The early thinking, as reported in the media, reinforced Mayor Daley’s move since planners in Chicago, as well as within the White House, presumed all Olympic site competitors would have solid bid packages. Thus, the reliance on personal connections and high-profile figures including presidents, prime ministers, a King, and even the queen of TV Talk Chicago’s Oprah Winfrey. One IOC member said, “and President Obama will be the icing on the cake".

The run-up to the president’s arrival on the field called for First Lady Michelle Obama to hold numerous one-on-one meetings with individual IOC members. White House senior adviser Valerie Jarrett, who accompanied Mrs. Obama, said "that's why the first lady came a couple days early, so she would have a chance to meet people. I think when you look into her eyes and you see the spark and energy, that's very telling."

Perhaps, Mrs. Obama’s “chances” sessions might not have been sufficiently effective? We will likely never know for sure. What we do know for sure is what happened when Barack Obama entered the batter’s box.

In baseball parlance, Obama was ‘called out looking’ by IOC umpires “in the clutch” of trying to drive Chicago home as the 2016 Olympic Summer Games selection.

Despite striking out, the president said “I could not be prouder”. Of what specifically, Obama did not say; although his allusions to “many people – including himself” putting “heart and soul” into the project, and using the proverbial “A for effort” phrase suggest his looking for some “Joy” in the obvious defeat and seem designed to shore up political support.

In the larger picture, domestic critics are right to question the value, and perhaps even the motive, of Mr. Obama going to Copenhagen with all the many pressing domestic and international issues on the presidential plate.

As a result, the familiar Olympic tagline “The Joy of Victory; and the Agony of Defeat” has - for many concerned citizens - morphed into ‘The Joy of Defeat’ -- if only in the hope that President Obama might learn from the willful distraction of the failed Chicago Olympic Bid and refocus attention exclusively on his constitutional responsibilities.

For example, his duties as Commander-in-Chief come to mind. If President Obama is able and willing to refocus, the U.S. can still celebrate the “Joy of Victory” in Afghanistan.

If Mr. Obama cannot or will not, that leads inexorably to the “Agony of Defeat”.