That’s Above My Pay Grade 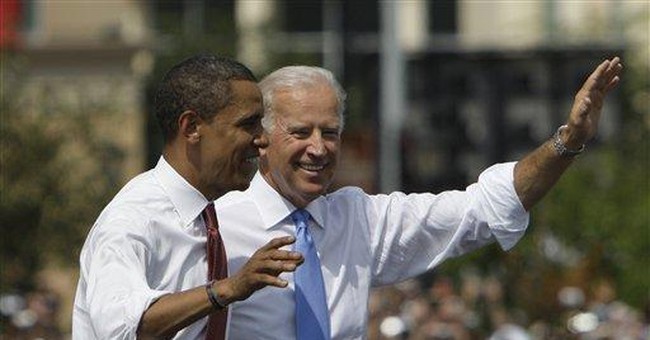 There’s been significant media speculation about Senator John McCain’s consideration of a pro-choice VP. The media has even reported that McCain and his team were calling grassroots leaders to feel them out about the possibility of a depressed GOP turnout should a pro-abortion candidate fill the undercard.

Agree or disagree with the politicking, if true, this demonstrates how vital the life issue is in national politics.

And because the life issue is so vital; it highlights even more democrat nominee Barack Obama’s dodge at answering Rick Warren’s question to him, “At what point does a baby get human rights?"

Such a response by a candidate for President of the United States gives insight into his personal values and the core of his leadership qualities.

It also means one of three things:

One, Obama hasn’t decided for himself when life begins.

Or, three, Obama believes that life begins at conception.

Let’s look at each, in turn, and consider how we may have gotten some insight into how Barack Obama thinks, what his values are, and how candid he is when speaking to the American people.

One, (can it be that) Obama hasn’t decided for himself when life begins? While that, like anything, is possible, it’s unlikely, indeed very unlikely. As a fundamental contemporary political issue, it would be akin to a candidate running during the 1850’s and having no position on slavery.

Two, Obama believes life begins somewhere along the way, after conception. This line of thinking justifies his and his party’s pro-abortion position. And, it provides him political flexibility on the stump, and with abortion rights groups that have historically pushed the envelope on the issue. Yet saying so in front of a nationwide television audience in a room of evangelicals would have harmful political ramifications, so dodging the question is in his political interests.

Three, Obama believes that life begins at conception. If this were the case, then perhaps, it was taught in his church or as he may have realized through his own relationship with God. But, if that were his belief, saying so would have equally if not more harmful political ramifications for the standard bearer of the democrat party. So, again, it would be in his political interests to dodge the question.

In any case, today’s politics requires that every candidate for president have thought this through?

Whether an individual is pro-life or prefers abortion as a choice, every presidential candidate must have the courage of leadership to plainly state their position on this - and every - key issue, and provide a clear rationale to explain their position on each. America’s citizens should expect, and accept, nothing less.

Rick Warren asked each candidate the same question, “At what point does a baby get human rights?"

Barack Obama failed to demonstrate the courage of leadership; choosing instead to dodge the question with the emasculated response, “that’s above my pay grade”.

In the aftermath, many may wonder why the ‘so-called main stream’ media has not pursued the issue with Obama, especially his response. After all, we know the media is interested in the issue, and the politics surrounding it, given their constant chatter about “will John McCain select a pro-choice individual for VP”?

During a campaign purportedly based on honesty and candor with the American people, Obama’s words, when not carefully scripted, demonstrate that a podium can only protect you for so long.

Make up your mind, Senator Obama. Tell the American people your answer to the question. Provide your rationale for it. Trust Americans to judge you on your decision, your positions on the issues.

Barack Obama has repeatedly said, “Change is coming to America”. He should start by changing his answer to the question, “At what point does a baby get human rights?"

If he fails to do so, Americans may conclude his original answer, “that’s above my pay grade” really means “not ready for the highest office”.