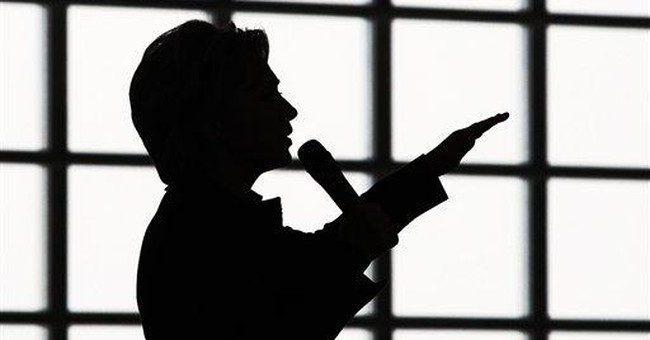 Nearly a year ago Hillary Clinton kicked off her presidential campaign stating that she was “in it to win.” Despite being anointed the national frontrunner and prohibitive favorite to win both the Democratic nomination and even the general election, however, when the first opportunity came to count votes in the Iowa caucuses last night she promptly lost to Barack Obama.

The Hillary campaign will try to spin this result as a good showing in a state where she faced an uphill battle. But given her fundraising, her name recognition, her husband’s popularity and campaigning, along with her early and large leads in the polls it can’t be denied that this is a damaging loss.

Hillary began the race with significant advantages. Using connections developed during her husband’s administration she raised unprecedented amounts of money. Her celebrity status gave her an enormous amount of media time and name recognition. She put together what was quickly labeled a veteran, loyal, and disciplined campaign staff. She had the backing and organization of the political establishment across the country and a former two term president as her closest strategist and most fervent campaigner. As the first credible female candidate for president, Hillary was believed to exert a powerful pull on the critical female vote.

Hillary leveraged this into large leads in national polls and her campaign took on the aura of inevitability; that never stuck with voters. After a rough debate started a round of negative media, she found herself in a hard fought battle in Iowa and soon in New Hampshire and even South Carolina.

Hillary tried out what seemed like an endless series of themes and campaign slogans. She tried various combinations of change, strength and experience. She tried an emphasis on the middle class. She tried negative attacks on Obama’s character and his lack of experience. She tried to “humanize” her perception among voters; even going so far as to campaign with her mom and daughter. She rolled out websites to spin, respond to scandal, and show video testimonials to the real Hillary; someone who was friendly and open, warm and engaging. But her campaign was motion without direction.

Nothing Hillary said or did seemed to change the dynamic of the race. Voters were looking for change and no amount of money or political machinations could package Hillary as anything other than an establishment politician running on her husband’s popularity and record. Slick ads and emotional testimonies from friends and family couldn’t change the fact that a sizable chunk of the electorate simply won’t vote for Hillary. Her constantly changing slogans and themes only reinforced Hillary’s perception as overly calculating. Her husband’s folksy charm only served to highlight her own reserved and awkward personality.

As is her habit, Hillary tried to have it both ways on the infamous gender issue. She denied running as the women’s candidate but mentioned the “historic” nature of her candidacy regularly on the stump and never missed chance to talk about the grandmothers who brought the daughters and granddaughters to see her on the trail. But after all the talk of the gender issue, Obama beat Hillary among women voters in Iowa.

In the days leading up to the caucus Hillary repeated the mantra that you can’t get change by “hoping for it” or by “demanding it,” but by “working for it.” The clear implication was the she was the only candidate tough enough to win the nomination and beat Republicans. She seemed convinced that simple determination would carry her to victory. But when it came time to count votes all that money and hard work was only good enough for third place.

The irony is that the reason Hillary is even considered a credible candidate for president is because of her husband, but in a cycle dominated by the need for change it is this same history, and her personality and style, which prevents her from capturing the imagination of voters. How can you represent the future when you are so closely tied to the past?

The nostalgic popularity of her husband and the fundraising prowess that it creates will keep Hillary in the race for the foreseeable future. As we have learned, the Clintons never go quietly into the night. But as Iowans proved last night, her last name and campaign cash no longer guarantees victory.

And deep down that has to worry Hillary and company.