Heritage at 35: A Track Record of Success 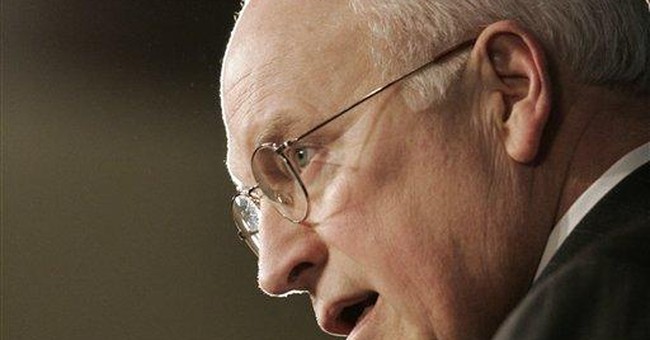 Seen any liberals wearing black armbands lately? It wouldn’t surprise me. You see, it was 35 years ago this month that The Heritage Foundation opened its doors for the first time -- and the policy landscape was forever changed.

Of course, many were tempted to dismiss this upstart think tank. And who could blame them? A 10-person shop trying to compete with the likes of the Brookings Institution and other more “established” tanks, with their deep pockets and long lists of academics, probably didn’t look like much of a winning bet.

Plus, it was the early 1970s -- hardly a banner era for conservatives. Historian Lee Edwards, in his book “The Power of Ideas,” sets the scene:

Conservative leaders and conservative ideas were out of public favor. Vice President Spiro T. Agnew, the hero of many on the Right, resigned in disgrace in September 1973. Congressman Gerald Ford of Michigan, Agnew’s successor, was the choice of the Republican establishment, not a conservative like Governor Ronald Reagan or Senator Barry M. Goldwater. … In foreign parts, dètente was riding high in the saddle. The president traveled to Communist China to kowtow to Mao Zedong … The United States withdrew from Vietnam … On the domestic front, the president instituted wage and price controls …”

The times were dim, indeed -- and obviously in need of an effective advocate for true conservative ideas. And despite the long odds, The Heritage Foundation parlayed its extraordinary talent and strong commitment to timeless principles into great success. In only a few years, Heritage had become what it remains today: The nation’s most influential conservative think tank and a huge force in advancing the cause of limited government, free enterprise, a strong national defense, individual liberty and traditional American values. Its staff of 200 boasts top-notch experts in nearly every policy field. As Heritage’s current “What Would Reagan Do?” campaign demonstrates, the organization remains a leading guardian of true conservatism.

It took time and effort, of course. Perhaps Heritage’s most noteworthy early success came in 1980, when its forward-thinking, hard-working team assembled the first edition of Mandate for Leadership, an unprecedented blueprint for conservative governance. Sensing, correctly, that the country was tiring of the liberal policies that had brought nothing but crime, inflation and a Cold War stalemate (to name only a few problems), Heritage scholars methodically showed, department by department, how the federal government could be run better.

President Reagan liked the 1,000-plus page Mandate so much that he gave copies of it to his entire cabinet. A paperback edition of the book actually became a bestseller on the book list of The Washington Post, which referred to it as “the bible” of the Reagan administration. By the time President Reagan left office, nearly two out of every three recommendations from Mandate had become policy.

Since then, Heritage has built success upon success. Take missile defense: Our first study outlining how a missile defense shield could work came in 1982, six months before President Reagan introduced his Strategic Defense Initiative (SDI). After years of painstaking research, Heritage persuaded U.S. policymakers to end the Cold War policy of Mutually Assured Destruction, and America withdrew from the ABM Treaty in 2002. Although much work has been done in building missile defense, we still need a comprehensive shield, and The Heritage Foundation continues to lead the way.

Welfare reform is another key triumph. Heritage was instrumental in getting policymakers to overhaul welfare in the mid-1990s. The result? Millions of Americans have left the welfare rolls. Freed from dependence on government, they’re pursuing the American Dream and are contributing to their communities and our economy. And let’s not forget immigration: Thanks to the groundbreaking work of our experts, Heritage exposed the disastrous immigration “reform” that nearly passed Congress last year as a budget-busting fraud that would have given amnesty to millions of lawbreakers.

But there’s a lot of work left to do. The Heritage Foundation is committed to building an American where freedom, opportunity, prosperity and civil society flourish. I’m so very thankful to be part of the Heritage team. And, if I’m totally open about how I feel about being in the battle every day, I have to admit that, faced with today’s obstacles -- from a Congress that can’t stop overspending to a terrorist network that never stops targeting us -- sometimes I’m tempted to just give up and go hang out at the beach. But I can’t -- and neither can you. We need each other in this battle. It’s time to recommit to our conservative principles -- to give more, work harder and enlist others in the war of ideas.

If you haven’t yet joined hands with those who share your vision for America, it’s time for you to become a member of The Heritage Foundation.

During our 35th anniversary celebration, Heritage is giving those who donate $50 or more a free copy of With Reagan: The Inside Story by former Attorney General Edwin Meese III, the Ronald Reagan fellow at Heritage. This terrific book takes you behind the scenes of the Reagan Revolution with a man who was there. It’s the book that shows exactly what Reagan did to make America flourish. This is in addition to receiving all the benefits of membership -- the Heritage newsletter, invitations to events nationwide, access to Heritage’s vast resources, and more.

Go to heritage.org and join hands with 320,000 other Americans as we proudly carry the conservative torch of freedom for the next generation.