Here Comes the Bride...But When? 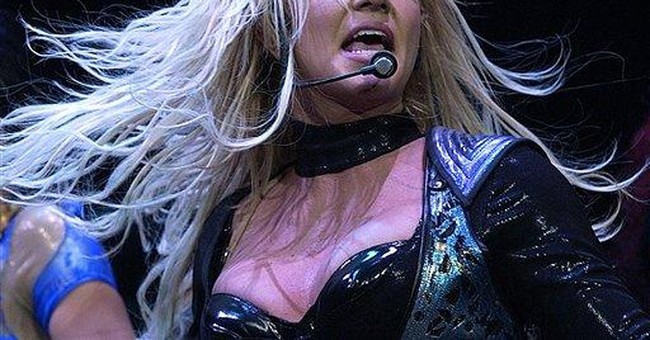 It’s one thing to assume, when you’re young, that you’ll get married and have a family “someday.” It’s another to actually do it. And when it doesn’t happen -- or, at least, not as soon as you’d like -- many people find it profoundly unsettling. They brood, worry and complain. They second-guess their decisions and wonder where they went “wrong.”

What’s needed is a little perspective -- a different focus.

I have no magic pill to prescribe, but I can share something helpful: Now and Not Yet, a new book by Jennifer Marshall, a colleague who knows what many of today’s single people are going through. Believe me, if you’re single and questioning -- or if you know someone who is -- this book will provide some extraordinary peace of mind.

And with the average age of young people having risen over the last few decades, Marshall’s book is clearly needed. In the 1970s, the average age of first marriage for women was just under 21. Now it’s over 25. Despite the fact that 90 percent of high-school senior girls say a good marriage and family life are important for their future, six out of 10 haven’t married by age 25, and three out of 10 haven’t married by 30. And many of them don’t like being single.

But what really matters, according to Marshall, is not pining over marriage -- wondering if or when it will ever happen. That breeds unhappiness and betrays a lack of faith in God, who has plans we usually know nothing about. “The challenge is to live in the present purposefully and to lead a contented life even while particular desires remain unfulfilled,” she writes. “It rests in the conviction that there is a grand design to our lives, and that the design has an Author.”

In fact, she notes, too much emphasis on marriage can cause us to miss out in other ways:

“Being too focused on marriage (or its absence) may lead to neglect of our other callings at hand or cause us to miss the fulfillment He intends for us in each of those callings. Glorying God should be the organizing principle of life. Marriage is only a means to that end, not to be confused for the end itself. Singleness is a part of God’s design for life now, one aspect of a full -- and complete -- life.”

But Marshall doesn’t rely only on her own observations. She interviewed or surveyed hundreds of women, many with successful careers, to probe what they think about being single -- and why. Their candor is fascinating. When, for example, Marshall asks a group of women in their 20s to picture themselves being single 10 years from now and how it makes them feel, several seem taken aback. The words “disappointed,” “discouraged” and “dread” surface. No one is remotely pleased at the prospect.

Others speak of confusion about how they’re expected to act around men. “Tough is not who I am,” one woman told Marshall. “I’m only that way because I’ve had to be, and it’s a lonely place to be. If there is a guy who cares enough someday, maybe I’ll let down my guard.”

Part of the problem, she notes, is the conflicting expectations girls face today. They grow up enjoying fairy tales about handsome princes -- but also being told they can be anything they want to be. That’s fine up to a point -- but, she writes, “Too many choices … can be dizzying and disorienting.” Feminism promises “liberation, power and choice,” she writes, “But liberation to what end? Power to what purpose? Choice for what outcome? These are not ends in themselves, and for that very reason, the feminist manifesto continues to leave women unsatisfied.”

Cast adrift in a sea of seemingly endless options, many women wind up living life on autopilot, Marshall says. In reality, they require guidance -- the kind that flows from a strong relationship with God.

You’ll find more than just ruminations in Now and Not Yet. Marshall includes specific recommendations about what women can do to pursue a truly contented life, which may -- or may not -- include a trip down the aisle. As one woman told Marshall:

“As I finished law school, I remember asking several people for advice on how to commit completely to my work while still remaining completely open to the possibility of marriage. I had few role models of single Christian women working with excellence in their careers, and few people really had any advice for me on that. I decided to head fully toward my work goals while I was single and to trust God’s will and timing on marriage. I think it is a large part of why I have been so content being single.”

In short, work hard and leave the rest up to God. Which, come to think of it, is a good plan whether you’re married or not.