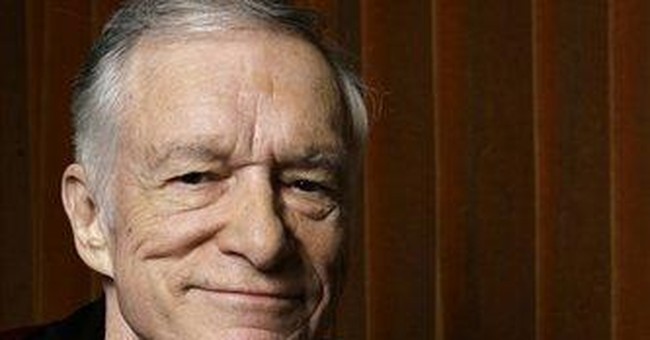 Sex. Sex. Sex. The topic is used to grab attention on the cover of virtually every magazine on the newsstand.

Indeed, the trick is finding a magazine that doesn’t rely on sexuality to capture your money.

But wait. What’s the wording on the cover of that one magazine? “The Way of All Flesh: A Culture Consumed by Its Carnal Appetites”? Hmm. You don’t see that everyday.

I’m referring to the latest issue of Salvo, and it’s got such an arresting format -- complete with cutting-edge graphics and absorbing articles -- that it grabs the common reader’s attention while delivering a message of faith and tradition in a market flooded with self absorption and instant gratification.

A few months ago I wrote about the premiere issue of Salvo, a quarterly publication published by a non-profit organization based in Chicago. In fact, that first issue made such an impression that I wrote about it a second time, when I witnessed firsthand its ability to interest teenagers and young adults. Today’s young adults are tech-savvy and demanding when it comes to high-quality graphics. Salvo is the only magazine I’ve seen that has the ability to cut through the glitzy media clutter out there and highlight eternal truths in a non-preachy way.

After reading the second issue of Salvo, I’m happy to report that the first issue was just the beginning of a media revolution. The editors and writers continue to challenge the liberal orthodoxy that infects our modern culture, dissecting the “conventional wisdom” with a wit and a wisdom that’s rare in the public square.

The editors take a clear-eyed look at a culture awash in sex, where the popular media encourages our youth to wallow in everything from the mire of pornography addiction to “gender ambiguity” (the très chic notion that one can be both male and female).

Salvo is so jam-packed with information, much of it in eye-catching, bite-sized chunks (not unlike the Internet), that it would be impossible for me to cover everything in this latest issue. So let me spotlight a couple of features that, for me, exemplify the reason Salvo really stands out and accomplishes things that few other publications do.

Harmless fun, some argue. Well, consider what the notorious rapist-murderer Ted Bundy had to say:

I urge you to give Salvo a try. Order a sample issue and see if it isn’t something that will successfully challenge the young people in your life to re-examine traditional values with fresh eyes. It will, I predict, enrich their spirituality and give them some vital ammunition to battle the toxic culture that surrounds them.

NOTE: Two columns ago, I wrote about the prevalence of “male bashing” in our politically correct culture and asked readers to e-mail me their thoughts through the Web site of my book, Home Invasion. The response was overwhelming -- thank you to everyone who wrote to me. I’m still sorting through the hundreds of e-mails I received, and will post selected responses on HomeInvasion.org in the coming weeks. So be sure to keep checking back -- and if you haven’t yet responded, there’s still time.