Paying for Someone Else's Mistake 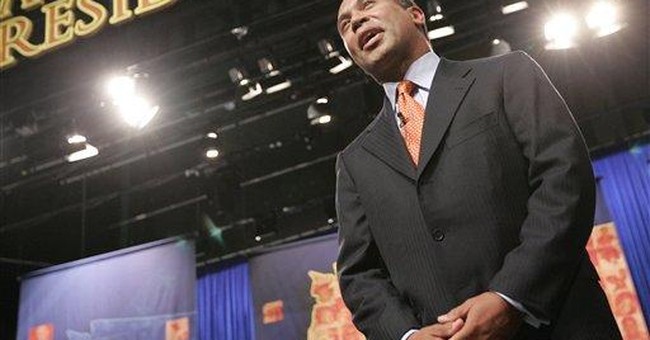 Buying a house is the biggest financial decision that most people ever make. Homeownership isn't always easy, but most buyers are responsible.

The few who aren't should pay for their own mistakes. Government shouldn't bail them out, as Gov. Deval Patrick wants to do. He certainly shouldn't be able to do so on his own authority, without legislative review.

It was long difficult to get a mortgage if you had bad credit. But that changed in the last few years.

A new market in "subprime" lending developed. As housing prices rocketed upward, banks were willing to provide mortgages to even marginal borrowers since the home could always be refinanced or sold, if necessary. Some people bought who should have rented, or bought bigger houses than they normally could afford.

Investors looking for a little extra return poured money into subprime mortgages, many of which were bundled together into "collateralized debt obligations." Some $320 billion worth of CDOs were issued last year alone, and were snapped up by mutual and hedge funds alike.

The slowdown in real estate prices has brought the party to a sharp halt. People are poor credit risks for a reason, and many have been defaulting on their mortgages. Homes are being foreclosed, lenders are going under, and investors are losing money.

It's the way that capitalism is supposed to work. Taking a risk means accepting a chance that things will go bad, and paying the price if they do. The process is painful, but it forces everyone to be more careful before buying a home, making a loan, or investing money.

Unfortunately, Gov. Patrick plans on short-circuiting this important adjustment process. Every elected official is tempted to save people from themselves. But doing so is likely to create more harm and hurt more people over the long-term.

Home foreclosures, loan defaults, and investment losses are national phenomena, but Gov. Patrick is proposing a $250 million fund to bail out Massachusetts borrowers in danger of losing their homes. The state would provide new loans to bad credit risks. Unlike the first mortgage, when investors voluntarily risked their money, taxpayers would have no choice about getting into the costly subprime market.

Gov. Patrick points to endangered homeowners, with whom we all naturally sympathize, but his proposal would bail out everyone, including lenders and investors. Yet these sophisticated businessmen knowingly accepted the extra risk in order to collect a higher profit.

When things go well and losses are unusually low, people never show up in Boston offering to give money back to the taxpayers. The game only runs one way: leave us alone when we make a profit, but bail us out if we take a loss.

The Patrick plan certainly isn't fair to the people of Massachusetts. It's been estimated that the governor's initiative would benefit just 1000 people. We could meet the needs of a lot more people by spending the $250 million in other ways. Budgets are about priorities, and the top priority is not paying off the mortgages of people who never should have bought in the first place.

Some of the loans may have been fraudulant or otherwise abusive. But that's why we have consumer protection laws. In these cases we should punish guilty parties, not state taxpayers.

Consider the message the state would be sending: don't worry if you find a house that you really can't afford. The state will protect you if you get in over your head. The government also will protect lenders who provide you with an excessive mortgage and investors who trade in your risky mortgage. This would be an open invitation for even more irresponsible behavior in the future.

The legislature must carefully consider the governor's proposal. We all want to help the neediest in our society. But that doesn't mean the state should bail out homeowners, lenders, and investors who knowingly risk their money in bad loans and sophisticated financial markets. They, too, need to learn the meaning of the term "individual responsibility."