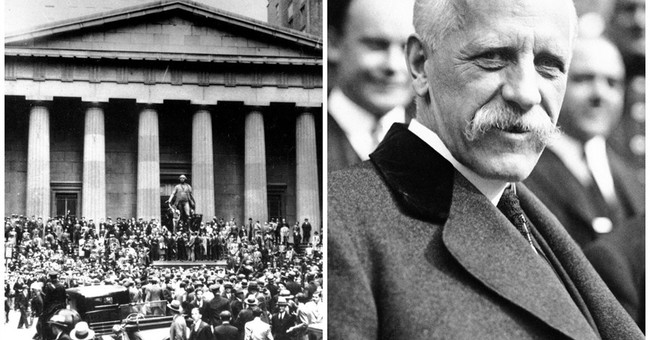 Ben Bernanke said something that amounted to nothing, and the market interpreted the nothing that was said as something causing something to happen in those markets while the Fed does nothing. Everyone following?

Also, Dr. Hal Sherz joined the program to discuss the overreach of Obamacare.

Yep. . . This is exactly why the G-8 is busy discussing “international” tax collection efforts: It’s easier than tax reform.

Yeah. . . The fed intimated that they may be pulling back on bond purchases; but everything is dependent on day to day information. . . Gosh, with such clarity and definitive policies it’s difficult to imagine why the market is somewhat volatile right now:

This will help the middle and lower classes cope with increased costs of living: (Remember, Obama said in 2009 that his plan would “necessarily” make energy rates “skyrocket.”)

Yeah, we’ve droned AlQaeda out of existence. (Unless you talk to intelligence officials.) The key takeaway: “counterterrorism efforts have been weakened by the administration's policy of dissociating Islam from al Qaeda and other Islamist terrorism.” But thank God we aren’t insulting anyone:

What is it with this guy and religion?

This is what happens when you have the most ethically bankrupt AG in American History investigate himself: