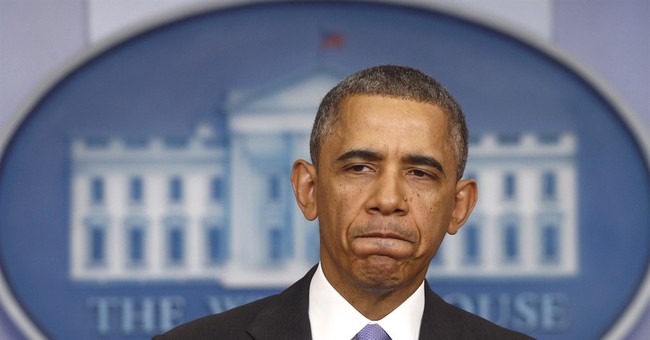 Trending
It should be clear that teaching Americans we are now part of a global economy and teaching schoolchildren they are citizens of the world is a deceitful message to con us into a plan to add the poor countries around the earth to our list of welfare handout recipients. The United Nations globalists have gathered in Warsaw, Poland, for another conference to devise language to talk the United States into opening our treasury to the world.

This gang of globalists used to spread scare talk about global warming, but when the globe stopped warming 16 years ago, they changed their language to dealing with climate change. At their shindig last year in Doha, Qatar, Executive Secretary Christiana Figueres told the world that the real purpose of the U.N. Framework Convention on Climate Change (UNFCCC) is a "complete transformation of the economic structure of the world."

This year's big climate news is Typhoon Haiyan that struck the Philippines but assessing liability is considered nearly impossible. Even the global warming advocates admit that it can take years for scientists to determine whether global warming contributed to that event or to its severity.

This bunch is still licking its wounds about the refusal of the United States to ratify the Kyoto Protocol. UNFCCC is also at work to replace the Kyoto Protocol with a new legally binding treaty, which is set for completion and signing in 2015 in Paris, going into effect in 2020.

Of course, the United States is paying for all the ongoing U.N. shenanigans. We pay nearly $567 million a year while two dozen of the 193 U.N. members pay only $1,000 or less, yet enjoy the same voting privileges.

Voting rarely occurs anyway. Decisions are instead made based on consensus, which is unilaterally determined by a facilitator leading the meeting, who manipulates the group to achieve predetermined outcomes.

The predetermined outcomes expected from the Warsaw meeting are a) expediting financing for the UNFCCC's Green Climate Fund, which means a global tax scheme to transfer wealth from rich to poor countries; and b) creation of a "loss and damage" fund to compensate poor nations that suffer climate-related tragedies such as Typhoon Haiyan.

These talks started with the U.N. Framework Convention on Climate Change held in Rio de Janeiro in 1992. These pompous globalists have convinced themselves -- and now want to convince the world -- they can both predict and control the weather.

Their claims are based on pseudoscience and unreliable computer models used to predict weather patterns. China and India are two of the biggest carbon emitters, but they refuse to contribute to the poor nations.

The U.N. talks are about blame. The U.N. has made the case that developed nations (i.e., the United States) are to blame because we enjoy the fruits of the industrial revolution in our lifestyles by polluting a finite atmosphere and that causes global warming.

Our standard of living is supposed to be cheating developing nations from achieving lifestyles like ours. The U.N. calls it our "historical responsibility" to pay reparations in money and technology.

On the first day of the Warsaw conference, the Philippine Climate Change Commissioner gave a speech blaming the Philippine typhoon on developed nations. Like our House Speaker John Boehner, Commissioner Naderev Sano embellished his remarks with real tears.

Another Philippine delegate made similar emotional remarks saying, "we have to get support from someone else's pocket." Nobody thanked the U.S. for our enormous support already sent: food, medicines, blankets, and Marines bringing water, generators and other critical supplies, as well as U.S. military aircraft and manpower for search and rescue.

One bright light at the Warsaw conference is that the host, Poland, is trying to make coal less of a dirty word. Coal provides 88 percent of Poland's electricity. Poland pointed out that forbidding coal is not the solution.