Obama Disobeys the Law of the Land 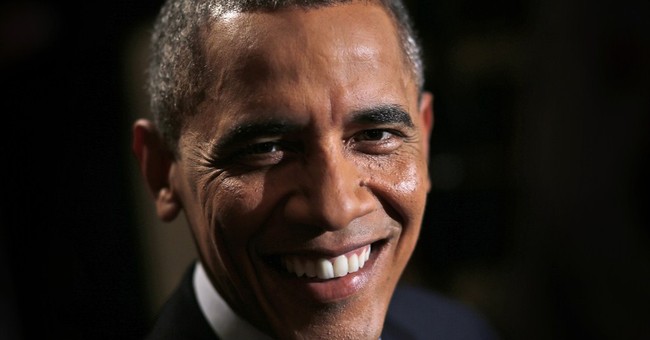 The Democrats are chanting that Republicans must fully fund Obamacare because it is the law of the land, passed by Congress, signed by the president and upheld by the Supreme Court. Therefore, they say, it must be obeyed and can't be altered by Republicans who want to defund it.

That argument is both wrong and hypocritical. Any federal law can be changed, repealed, amended or defunded by our legislative branch of government, Congress.

The Republican House wants to deal with the controversial huge "continuing resolution" bill in separate pieces, giving the OK to worthwhile federal spending purposes while leaving others (like Obamacare) without funds. Obama refuses to negotiate and demands a "clean" (blank-check) bill; his position is all or nothing-at-all.

Actually, the Supreme Court decision did not give a "clean" upholding of Obamacare. The Court effectively rewrote the law by allowing states to opt out of Medicaid expansion, and other pieces of Obamacare are still being litigated in federal courts, such as the mandate that employer-required insurance must include objectionable abortifacient drugs.

Obama's hypocrisy about the issue of considering Obamacare in pieces is obvious from the many times he has unilaterally messed with other matters that are clearly the law of the land. He has frequently refused to enforce other laws of the land he doesn't like, and he pretends to legislate laws that Congress declined to pass.

Welfare reform is truly the law of the land; it was passed by Congress in 1996 and signed by President Clinton to "end welfare as we know it". But in violation of the law's explicit language, Obama unilaterally carved out (in effect, repealed) the "work" (or training for work) requirement for persons receiving Temporary Assistance for Needy Families (TANF).

Obama has even picked pieces out of Obamacare. He gave a one-year deferral of its insurance employer mandate to large employers, and he exempted Congress and government staff from the requirement on individuals to buy compulsory insurance or pay a significant penalty.

Obama's Secretary of Education, Arne Duncan, admits that a federal law of the land prohibits the federal government from interfering with or dictating public school curriculum. But Obama used carrot-and-stick tactics to bribe or threaten a majority of states to adopt Common Core, and Duncan pretends it is OK for the feds to require states to be aligned with federally approved Common Core standards and Common Core tests, which will effectively dictate school curriculum.

Obama has repeatedly taken away from other branches of government powers that are specifically granted in the U.S. Constitution.

The Constitution makes an undiluted grant of power to Congress "to regulate commerce with foreign nations." Obama is trying to coopt that power for himself by demanding that Congress pass "Fast Track," an enormous unconstitutional shift that would give Obama the authority to write our trade treaties in secret and then let Congress vote on them under rules that limit Congress's power to debate or amend them, all within in a short preset time period.

All these foreign trade treaties are encrusted with promises about how they will create U.S. jobs. Those are all lies; every single month since Congress accepted the Korea trade agreement in March 2012, our exports to Korea have declined, and the agreement has already cost us 40,000 U.S. jobs.

The Constitution gives the House of Representatives the power of the purse in the Origination Clause in Article I. But Obamacare's taxing and spending sections actually originated in the Senate, a maneuver not yet ruled on by the Supreme Court.

The Constitution starts with the powerful words, "All legislative powers" are vested in Congress, consisting of a Senate and House. Paying no attention to the Constitution, Obama has done his own legislating.

Congress declined to pass the Dream Act, but Obama is legislating it anyway through regulations. In defiance of the law of the land, Obama has allowed millions of aliens to stay and work illegally in the United States.

Congress declined to pass Cap and Trade, but Obama is legislating it anyway through regulations. His regulations are designed to bankrupt coal plants, skyrocket our electricity costs so we can't "keep our homes on 72 degrees," and spend our tax dollars to subsidize inefficient, costly solar and wind energy.

In April 2012, nine state Attorneys General issued a Memo listing 21 violations of law by the Obama administration, and now we have so many more examples. Obama is the one who doesn't obey the law of the land.