Why Republicans Didn't Win in 2012 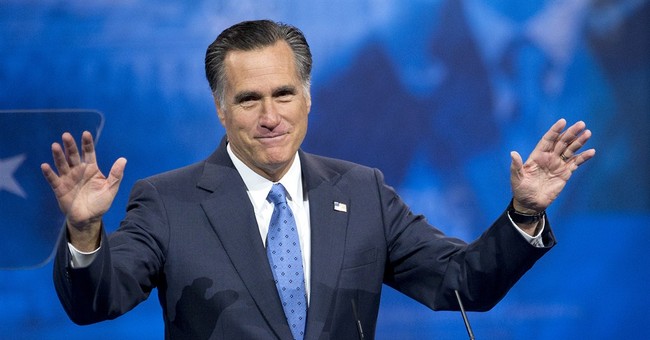 At last Republicans can read a coherent explanation of why they didn't win in 2012, despite high unemployment and a dismal economy, the unpopularity of Obamacare and many scandals, such as Fast and Furious. Best-selling author Dr. Jerome Corsi, who spent three weeks traveling with the Mitt Romney campaign listening to every stump speech, gives us an inside look at the cockiness and mistakes of Romney's staff in a new book called, "What Went Wrong."


The official Republican Party's analysis of the election was issued last June by RNC Chairman Reince Priebus. It was so self-serving and inadequate that it was dubbed an autopsy, i.e., the dissection of a dead body.

The Republican Party is not dead, but it is bleeding from the mistakes and prejudices of the high-dollar Establishment that shrinks from dealing with the social, moral and job-loss issues that concern the grassroots. The Establishment inflicted us with another centrist loser in the model of John McCain and Bob Dole.

Corsi quotes Romney's chief campaign strategist, Stuart Stevens, as pontificating on the last plane fight of the 2012 campaign that he was confident Romney would win because "a positive campaign message trumps a good ground game every time."

Romney didn't have a good campaign message anyway. His speech writers should have listened to the participants in their own focus groups, one of whom said: "I am sick and tired of giving bailouts to the folks at the top and handouts to the folks at the bottom." And they could have gotten some advice from Rick Santorum, who said, "If all we do is focus on the job creators and not the job holders, we're talking to a very small group of people."

The Romney campaign's attempt to use modern technology to get out the vote was totally outfoxed in the battle of the whales. Obama's technology, named after the Narwhal whale, worked perfectly to get out the vote, but Romney's, named for Orca, was not fully tested and crashed on Election Day.

Corsi shows how 2012 paralleled the Republican Establishment of the 1940s (then called the kingmakers), which inflicted us with presidential candidates, like two-time loser Tom Dewey, whom the grassroots dubbed "Me, too" candidates (i.e. whatever the Democrats said, the Republican candidates responded, "Me, too.") Voters like candidates who offer us a choice, not an echo.

Romney made no effort to reach out to various subgroups, some of whose members might have swelled his votes. He and his financial establishment had no desire to bring the tea parties and other independents into the Republican Party.

The major group that Romney failed to reach out to was the Reagan Democrats, who were essential to Ronald Reagan's impressive victories in the 1980s but were no longer voting Republican because their manufacturing jobs had been outsourced overseas. Romney and the GOP muffed their big opportunity to develop a message that they would stop the hemorrhaging of U.S. jobs to China.

Then there was the way Romney insulted the libertarians. Ron Paul won 177 properly elected delegates to the Republican National Convention in Tampa in 2012. Although it was mathematically impossible for that handful of votes to have affected the outcome of the Convention, Romney's people insulted them by not allowing their votes to be recorded and counted.

Corsi concluded that in two key battleground states, Ohio and Florida, the margin of votes by which Romney lost to Obama was less than the number of votes received by Ron Paul in that state's primary, and in three states -- Virginia, Connecticut and New Hampshire -- the margin was close. Not all, of course, but surely some libertarians might have voted the Romney-Ryan ticket, but the GOP never asked them.

The Democrats and union organizers have become very skilled at exploiting early voting. Obama's ground game included sending out hundreds of field organizers and volunteers to "chase ballots," locate possible Obama voters and nag them until they actually went to the polls, a tactic that early voting makes easy.

The Republican Party and Romney spent hundreds of millions of big-donor dollars on television ads, but most of the candidates they supported were defeated. Corsi explains that the Obama strategists got lots more for their TV spending because they were more skillful in targeting issues and states.

Jerome Corsi, an astute political scientist, explains in his new book, "What Went Wrong," how the Obama campaigns in 2008 and 2012 changed presidential politics forever. Republicans will keep losing if they don't learn those lessons and take the party's decision-making away from the big-money crowd and return it to the grassroots.

Phyllis Schlafly is a lawyer, conservative political analyst and author of 20 books. She is the co-author, with George Neumayr, of the New York Times Best-Seller titled "No Higher Power: Obama's War on Religious Freedom." She can be contacted by e-mail at phyllis@eagleforum.org. To find out more about Phyllis Schlafly and read features by other Creators Syndicate writers and cartoonists, visit the Creators Syndicate Website at www.creators.com