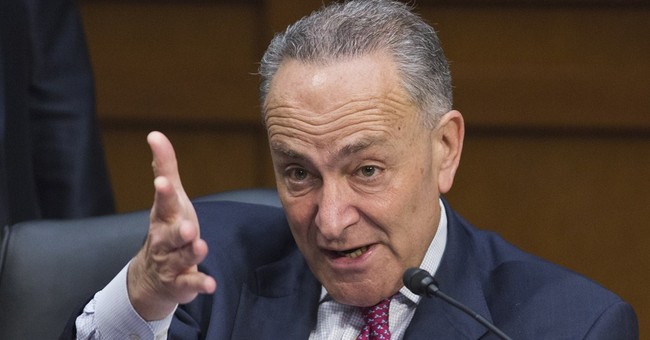 The bill created in secret by the Gang of Eight is an outrageous betrayal of American workers, both high-skilled and low-skilled. Claiming it is bipartisan, the drafters were Democrats and globalist Republicans.

Economics 101 teaches that prices of products and wages go up when there is a shortage and go down when there is an ample supply of whatever. But funny thing, a consortium of billionaire oligarchs and high paid lobbyists have defied those axioms by rejecting U.S. STEM college graduates (science, technology, engineering or math) and then crying about shortages.

Half of American STEM graduates are not currently hired for a STEM job. Many students are so discouraged about the lack of job opportunities for STEM graduates that they have switched to more promising course majors, such as accounting.

In pursuit of this foolish notion, tens of thousands of foreigners have been imported to take jobs in the tech industries. The corporations welcome this deceit because they pay them less than Americans, bring in foreigners who are not high-skilled for entry-level jobs, force experienced Americans to train them and then lay off the Americans.

The Gang of Eight is so enamored with this racket that their proposed legislation more than doubles the number of guest worker visas. The Gang of Eight bill raises H-1B visas to 115,000 a year and allows up to 180,000.

The globalists who want to give us a foreign workforce invented a cutesy slogan: "staple a green card" to every master's degree or Ph.D. that a foreign student receives from a U.S. college in STEM subjects. The Gang of Eight bill puts no cap on the number of green cards to be issued, no quality standards for the colleges that grant the degrees, and no effective requirement that tech companies must seek U.S. workers before offering jobs to foreigners.

Colleges can also make this a profitable racket. A master's program usually takes only one year, so foreign students can buy the right to U.S. residency and a tech job by the price of one year's tuition at any U.S. college.

Republican Senator Jeff Sessions of Alabama, who has been the people's friend throughout the negotiations, said, "One of the things that most upsets the American people about Washington is drafting a bill with special interests in secret and jamming it across the finish line in a way that minimizes public involvement and input."

The lobbyists are still objecting to language in the bill that requires employers to ensure that an "equally qualified" American is not available for a job opening before hiring a foreign temporary worker. The Senate Judiciary Committee also defeated a Senator Chuck Grassley (R-IA) amendment to require that employers assure the government they have made "good faith" efforts to hire American workers.

Senator Chuck Schumer (D-NY), a usually voluble big-government liberal, claimed this would give the government "too much power" to interpret!

The Gang of Eight beat back several other GOP amendments on border security, such as a Sessions proposal to require 700 miles of double-layer fencing along our southern border. The Gang also defeated Texas' Republican Senator Ted Cruz amendment that would triple border patrol agents.

As bad as the Gang of Eight bill is for high-skilled workers, it is a disaster for low-skilled U.S. workers because the big majority of new immigrants will be low skilled. The bill will swallow up opportunities for our own citizens to join the ranks of the employed and it will depress the wages of both U.S. citizens and immigrants.

Granting amnesty to 11 million illegal aliens will, of course, act as a magnet for future illegals coming across our border, as well as substantially increase the legal immigrants coming in through the family unification process. Estimates are that the Gang's bill will bring in 33 million immigrants over the next 10 years.

The biggest victims demographically will be African Americans because most of the 33 million immigrants will be low skilled. Legal and illegal immigration over the last several decades accounts for 40 percent of the 18-point percentage decline in African-American employment rates, according to evidence produced by the U.S. Commission on Civil Rights.

The Gang of Eight bill will punish black Americans to benefit foreigners and tech company profits. Where are the civil rights advocates when we need them?