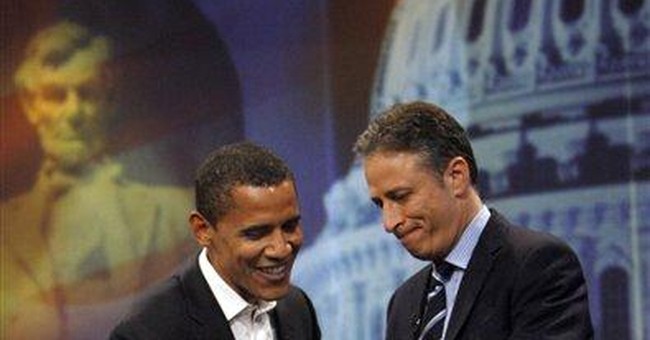 Why did 18-to-29-year-old evangelicals vote for Barack Obama despite his apostasy on the fundamental moral issues of abortion and same-sex unions? They voted 32 percent for Obama, twice the percentage of that demographic group who voted for John Kerry in 2004.

Many of these young people identify "social justice" as the reason that led them to relegate the prime moral issues of life and marriage to the back burner. But the term "social justice" does not define a moral cause -- it is left-wing jargon to overturn those who have economic and political power.

What caused young evangelicals, the children of the so-called "religious right," to change their moral imperatives so dramatically? Most likely it's the attitudes and decision-making they learned in the public schools, which 89 percent of U.S. students attend.

The public schools took a major left turn in the 1960s, when humanist John Dewey and the instructors he trained at Columbia Teachers College began their put-down of objective truth and authoritative notions of good and evil. In the 1970s, Sidney Simon's best-seller "Values Clarification" taught students to cast off their parents' values and make their own choices, often aided by Kinsey-trained sexperts determined to change our sexual mores.

By the 1980s, many radical antiwar activists of the 1960s had become tenured college professors, so teachers colleges and public schools opened their doors to "social justice" instruction. Among these '60s radicals was Weather Undergrounder William Ayers, who escaped prosecution only because of government misconduct in collecting evidence against him and then emerged as a professor of education at the University of Illinois at Chicago.

Ayers developed quite a following as he taught resentment against America. In 2008, he was elected by his peers as vice president for curriculum studies of the American Education Research Association, the nation's largest organization of education professors and researchers.

In 1983, Humanist Magazine featured an article that boasted, "The battle for mankind's future must be waged and won in the public school classroom." Ayers put it this way: "Education is the motor-force of revolution."

Ayers became a leading advocate of "social justice" teaching -- i.e., getting students to believe that they are victims of an unjust, oppressive and racist America. Community organizers can then use these young people to vote and otherwise carry out Ayers' "revolution."

Ayers has been on a decades-long mission to transform education into anti-American indoctrination and to get young people to demand government control of the economy, politics and culture. We see the result in the 2008 post-election surveys: Seven out of every 10 voters between the ages of 18 and 29 now favor expanding the role of government and agree that the government should do more to solve the nation's problems. It's obvious which party and which candidates will get their vote.

Ayers worked closely with Barack Obama in the 1990s when Obama headed the Chicago Annenberg Challenge, which gave $160 million in grants to so-called school-reform projects. Ayers and Obama guided some of this Annenberg money to community organizers such as ACORN.

The National Association of Scholars reports that use of the term "social justice" is today understood to mean "the advocacy of more egalitarian access to income through state-sponsored redistribution." That is academic verbiage for Barack Obama's assertion that he wants to "spread the wealth around."

"Rethinking Schools" is a Milwaukee-based organization that publishes instructional materials to assist teachers how to "weave social justice issues throughout the curriculum." Lessons include "Rethinking Mathematics: Teaching Social Justice by the Numbers" and "Reading, Writing and Rising Up: Teaching About Social Justice and the Power of the Written Word."

Howard Zinn, author of the anti-American "People's History of the United States," urges educators to prioritize "social justice" education over political neutrality. In a 1998 interview, he said "quiet revolution" to move us toward "democratic socialism" was his goal in writing "People's History."

The thinking of teachers is further molded at expensive conferences, financed by billing the taxpayers. The National Association for Multicultural Education (NAME) sponsors seminars with titles such as "Our Work as Social Justice Educators," "Teaching for Social Justice in Elementary Schools," "Dismantling White Privilege and Supporting Anti-Racist Education in Our Classrooms and Schools" and "Creating Change Agents Who Teach for Social Justice."

This "social justice" curriculum results in a heavy cost in time not spent on the basics. Young Americans who are exposed to Ayers' radical left-wing ideas generally have little background information to help them evaluate bias and errors.

Barack Obama's selection for secretary of education is his crony Arne Duncan, who most recently made news by recommending the creation of a Chicago Social Justice High School-Pride Campus, where half the students would be homosexuals and the other half straight. Somehow that school was canceled just about the time that Obama announced Duncan's appointment.