The NEA lists its goals and the Democratic Party agrees 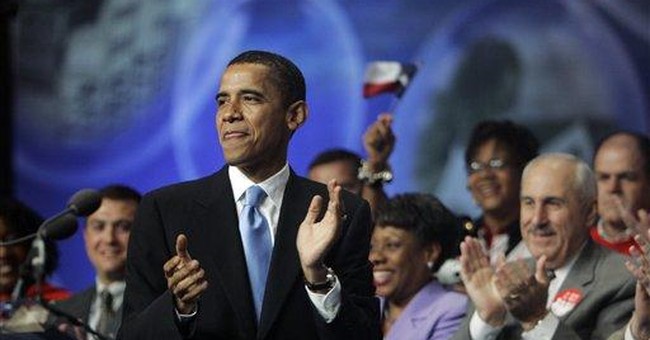 Some critics complain that the issue of education has been conspicuously absent from presidential television debates. But Democratic presidential candidates did sound off with their pro-federal government, pro-spending policies at the annual convention of the National Education Association, and the nation's largest teachers union liked what they heard.

U.S. Sen. Hillary Clinton, D-N.Y., told delegates that she will fight school vouchers "with every breath in my body." Reiterating the message of her book "It Takes a Village," she called for universal preschool for 4-year-olds. Sen. Barack Obama, D-Ill., likewise inveighed against "passing out vouchers." Former Sen. John Edwards, D-N.C., also announced his opposition to vouchers and proposed that the federal government pay college tuition for all students who will work 10 hours a week.

All Democratic candidates look forward to increased federal control of and spending for public schools. And they all attacked President George W. Bush's No Child Left Behind law for not appropriating more funds to implement it. After cheering the promises made by the candidates, NEA delegates buckled down to the serious business of spelling out their political goals, many of which have nothing whatever to do with giving schoolchildren a better education.

The NEA demands a tax-supported, single-payer, health care plan for all residents, a word artfully chosen to include illegal immigrants. The NEA supports immigration "reform" that "includes (note: this is a change from last year's verb "may include") a path to permanent residency, citizenship, or asylum" for illegal immigrants.

For many years, and again this year, the NEA urged a national holiday honoring Cesar Chavez. The NEA must have forgotten that Chavez, a strident advocate for farmworkers, vehemently opposed illegal immigration because he knew it depressed the wages of U.S. citizens and legal immigrants.

The NEA supports a beefed-up federal hate crimes law with heavier penalties. The NEA wants federal legislation to confer special rights on the basis of sexual orientation or gender identity and expression.

The NEA passed at least a dozen resolutions supporting the "gay rights agenda" in public schools. These cover employment, curricula, textbooks, resource and instructional materials, school activities, role models, and language, with frequent use of terms such as sexual orientation, gender identification, and homophobia.

The NEA enthusiastically supports all the goals of radical feminism, including abortion, the Equal Rights Amendment, school-based health clinics, wage control so the government can arbitrarily raise the pay of women but not men, the feminist pork called the Women's Educational Equity Act, and letting feminists rewrite textbooks to conform to feminist ideology.

The NEA supports statehood for the District of Columbia. The NEA supports affirmative action. The NEA calls for repeal of right-to-work laws, which allow teachers in some states to decline joining the NEA.

Another NEA favorite is environmental education, which teaches that human activity is generally harmful to the environment and population should be reduced.

Here are some things the NEA opposes: vouchers, tuition tax credits, parental choice programs, making English the official language of the U.S., the use of voter identification for elections, and the privatization of Social Security. High on the list of NEA policies that actually relate to education is opposition to the testing of teachers as a criterion for job retention, promotion, tenure, or salary.

The NEA reiterated its support for pre-kindergarten for "all 3- and 4-year-old children," mandatory full-day kindergarten, and "early childhood education programs in the public schools for children from birth through age 8." The NEA demands that this "early" education have "diversity-based curricula" and "bias-free screening devices."

The NEA wants the right to teach schoolchildren about sex without any interference from parents, but on the other hand wants its pals in the bureaucracy to regulate all home-schooling taught by parents. The NEA opposes allowing home-schoolers to participate in public school sports or extracurricular activities.

The exorbitant dues teachers pay to the NEA enable its well-paid staff to lobby Congress and state legislatures on behalf of all these goals.