Senate Immigration Bill is a Sellout, Not Reform 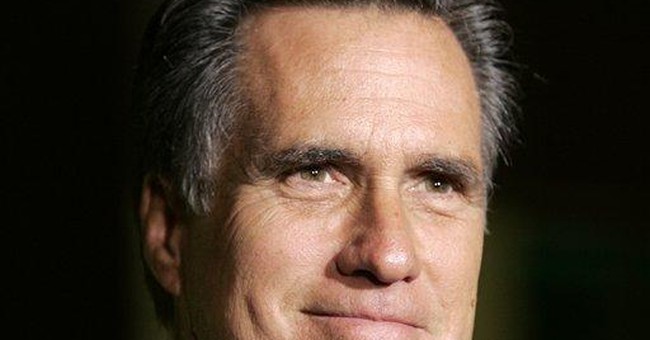 The immigration reform bill recently announced in the U.S. Senate should be titled the Act to Destroy the Republican Party because it pits President George W. Bush against the majority of the Republican Party that elected him. When Sen. Ted Kennedy, D-Mass., appeared as the centerpiece of the photo-op announcing it, that told the grass roots all they needed to know about the politics of the deal trumpeted as bipartisan.

The Bush administration has been tone deaf about how offensive some find the words "comprehensive" and "compromise." The American people want border security that they can see with their own eyes, and they are ready to defeat and disdain congressional representatives who vote for a package deal that contains amnesty and guest-worker proposals.

Despite denials, the bill is amnesty. It will give up to an estimated 12 million to 20 million illegal immigrants exactly what they want, namely, the legal right to remain in the United States by being immediately given a probationary visa. The bill increases legal migration by at least 50 percent over the next decade by granting green cards to all the remote relatives who are in the chain migration categories, a number estimated at 750,000 to 900,000 a year. That is triple the current number of 250,000. Giving green cards to millions of additional relatives ensures that legal immigration will continue to grow as this larger pool of permanent residents brings in spouses.

The bill will bring into the United States country at least 400,000 guest workers per year. That's twice the number in last year's unacceptable Senate bill.

The only thing the bill actually requires is that Department of Homeland Security speedily process amnesty applications and green cards for chain migration.

The border security part of the bill calls for a 370-mile-long fence on the U.S./Mexico border. That is only half as long as the 700-mile-long fence ordered by the Secure Fence Act passed overwhelmingly by Congress and ostentatiously signed by the president in front of TV cameras just before the November 2006 election.

The Senate bill authorizes 4,000 new Border Patrol agents, but doesn't require that they be trained or deployed. It's difficult to hire and keep Border Patrol agents because of the way some have been prosecuted and sentenced to long prison terms after intercepting professional drug smugglers bringing in vans of illegal drugs.

Another bench mark is that "tools" will be provided to prevent illegal immigrants from getting jobs, including requirements for identification standards and an employee verification system. But the bill lacks a requirement that anybody actually use the tools.

The costs of the Senate immigration bill are mind-boggling, and the Senate has made no attempt to estimate or figure out how to pay them. The Heritage Foundation's Robert Rector puts a potential price tag on this bill of $2.5 trillion, which is five times the cost of the Iraq war.

Rector gave the House Judiciary Committee detailed testimony setting forth how he arrived at this figure. At least 60 percent of illegal immigrants lack a high school diploma, which means they will work low-wage jobs, pay little or no income tax, and be heavy users of our schools and means-tested social benefits such as Medicaid, school lunches, Women, Infants and Children Program, subsidized housing, the Earned Income Tax Credit, and free legal counsel.

Fiscal costs would go up dramatically after amnesty recipients reach retirement. Each elderly low-skill immigrant imposes a net cost - that is benefits minus taxes - on U.S. taxpayers of about $17,000 per year, according to the Heritage Foundation. These costs would hit Social Security and Medicare at the very time Social Security is expected to go into crisis.

Section 413 calls on Congress to "accelerate the implementation" of the Security and Prosperity Partnership - announced by Bush in Waco, Texas, in 2005 - so that the United States can "improve the standard of living in Mexico." Do U.S. taxpayers want to take on the awesome economic burden of solving poverty problems in Mexico?

The Senate immigration bill states that the United States want to increase access to credit for "poor and under-served populations in Mexico," and expand efforts "to reduce the transaction costs of remittance flows" from the U.S. to Mexico now running at $23 billion a year.

The Senate bill also puts the United States into a "partnership" with Mexico for "increasing health care access for poor and under-served populations in Mexico," for "assisting Mexico in increasing its emergency and trauma health care facilities," and for "expanding prenatal care" in the border region. It looks like the Heritage Foundation and Rector's estimates are only the start of the costs that will put a truly incredible burden on American taxpayers.