The Church of Secular Purity - More Religious than the Religious 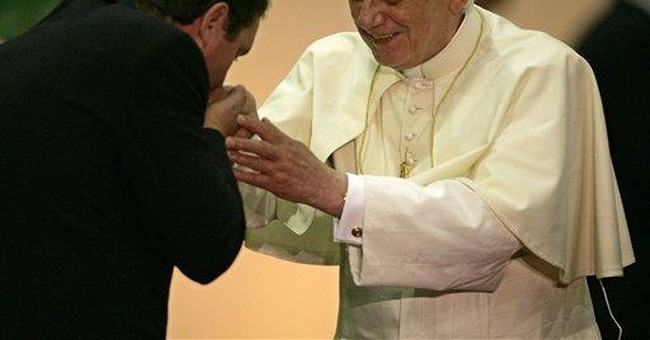 Freedom from religion is a delusional fantasy shared by atheists, liberals, and the varied collection of First Amendment interpreters, who see in it a prescription for religious sterility. Membership in one of these camps is required; otherwise, any individual would recognize the absurdity of stretching and molding the words of the amendment, like so much silly putty. The collective effort of these people does not strengthen their argument, but rather, masks the fallaciousness behind a deafening roar of monotonous repetition.

Honestly, can one really look at these words, and come away skewered between the eyes with the question mark of uncertainty? The answer is no, unless you are truly bewildered at what the meaning of the word “is” is.

Congress shall make no law respecting an establishment of religion, or prohibiting the free exercise thereof; or abridging the freedom of speech, or of the press; or the right of the people peaceably to assemble, and to petition the Government for a redress of grievances.

Arguments that support a government forced sterilization of religion from publicly owned entities, requires the reader of this simple clause to perform mental gymnastics beyond the realm of reason. The only way the reader might come away from this text, with an understanding that government must suppress, under penalty of law, religious expression from all entities that are remotely touched by government, is if the reader has a religious devotion to secularism.

The Church of Secular Purity is as religious as any religion on the planet. I might even stretch a bit to compare the actions and tactics of the secular puritans, to the violence of radical Islam. Of course, they do not seek to slice off the heads of infidels, but they will swing the sword of the courtroom with as much ferocity.

Adherents to the Secular Faith are devout in their belief, that a fanatical sixth grade boy, who writes stories about his faith in Jesus Christ (in response to a classroom assignment), cannot in good conscience be tolerated. Another example, as was illuminated by the Family Research Council in a recent mailing, Lou Dobbs of CNN fame has stated, "…intrusion of religion into our political lives, in my opinion, should be rejected in the same fashion that we constitutionally guarantee government will not interfere with religion."

These puritans of secular wisdom are protecting us, they sincerely believe, from... exactly what? Does the First Amendment spell the boogey man out for us? Well, in fact it does, but the boogey man is not who the secular inquisition thinks it is. Were they to lay down their own personal fear of condemnation, for the rejection of “God”, they would see that the boogey man lives between their own two ears.

The great fear is that unless they can drive “God” away from the publicly owned square, they will be unable to justify, in their own minds, their decision to reject an Almighty Being who may hold them in judgment. They will see doubt at every turn, and they cannot bear to live, as they want to live, guilt and fear hanging over their heads at all times.

There is nothing at all difficult about this string of words, which is the First Amendment to the Constitution of the United States of America. There are no exceptions given, and there are no extenuating circumstances acknowledged. In simplest terms, religion is to be a non-issue where government is concerned. The Church of Secular Purity has no right whatsoever, according to the First Amendment to the Constitution, to require the government to establish a Religion of Secular Purity as the official religion of the United States government. In fact, the First Amendment expressly prohibits that desired outcome.