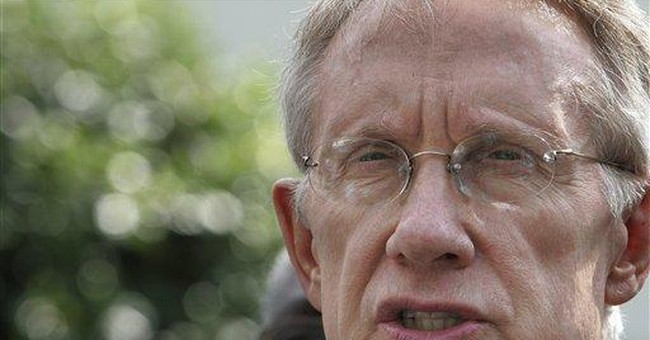 Pompous political windbags have a distinct odor, speaking of which, reminds me of a story that you have likely heard from Uncle Dan or Grandpa Gus. There are families that avoid bathroom humor at all costs; however, if you sprouted from one of those, it is unlikely that you are reading a column that has "cut the cheese" in its title. If you have never heard, "cut the cheese" used to describe something that does not compliment the bouquet of a fine wine; then brace yourself. You are about to be utterly violated.

A minister was on his way home from the church picnic. He had gorged himself on Martha Bergstrom's pork-n-bean casserole. For some reason, he could not get enough of it, and old Martha Bergstrom could not have been more delighted.

While turning the corner at Laramie Avenue, his car began to sputter, and he realized instantly that he had forgotten to stop at the filling station. He pulled over in front of a little white house. Spring flowers were growing everywhere, and a perfectly manicured lawn set the entire scene ablaze with color.

He rang the doorbell, and asked the woman who answered if he could use her telephone. She recognized the minister and graciously invited him in. He called his son, and arranged for him to bring a can of gas. The woman invited him to sit in the living room while he waited.

As he took a seat, she reappeared, rolling an old man in a wheelchair. She parked him across the room and excused herself as the old man fixed a suspicious gaze on the intruder. A beautiful golden retriever trotted into the room, sniffed him a bit, and then sat down next to the minister's chair.

He was about to compliment the old man on his wonderful landscape, when suddenly he felt an urgent rumbling. Obviously, Martha Bergstrom's pork-n-been casserole was at work, and it came on with such a ferocity that a bit of gas slipped out before he could gain control.

There was no sound, but a foul odor was soon evident. The old man in the wheelchair looked at the dog and sternly said, "Sammy."

The minister gratefully realized that the old man thought the dog was to blame. By now, the casserole was really churning, and the pressure was too much to bear. He decided to take advantage of the dog and relieve a little more pressure.

The old man called the dog's name again, but this time louder.

By now, the minister was really struggling. The pressure was so great and painful, that tears began to come to his eyes. He simply had no choice; relieve the agony, or he would surely rupture something internally. He was startled at how much gas escaped, but again, he was grateful that the dog was there to deflect the embarrassment.

He was nearly ready to let go, one more time, when the old man leaned forward in his wheelchair, this time yelling urgently at the dog… "SAMMY… Git over here right now before he poops on you!"

Yeah, I know that Grandpa Gus's version utilized more colorful language; nevertheless, there is a surprising bit of wisdom in this water-closet tale. Perhaps it is little more than a vulgarized version of the "King has no clothes" story.

The bottom line, as it relates to our esteemed windbags in Washington, is that more and more of us are watching. Our ability to sniff out the odorous stench of self-delusional finger pointing and deflection, which is continuously oozing from the House and Senate, is causing us to lose respect for those institutions. There is an awful lot of talk about the President's dwindling approval numbers, even from those who are themselves regarded with disdain by the public.

They stomp and holler about irresponsible pork, because they believe it is what fiscal conservatives want to hear. However, even as they speak, they know that if they do not bring home a few pounds of the bacon for their own constituencies, their connection to the beltway power grid will soon be disconnected.

We have all failed this country, because we have allowed the phenomenon of the career politician to thrive. The office of Congressman and Senator was to be a position of duty, carried out by honorable citizens for a brief time. Then that citizen was to return home and live under the consequences of his decisions in office.

This is something that we can fix, and I implore my fellow citizens to recognize the odor for what it is. It is not the dog; rather, it is from the creatures of the beltway, who have entrenched themselves there. They have welded themselves onto the political power grid, and the festering stench is far more offensive than any byproduct of Martha Bergstrom's pork-n-bean casserole.