Abortion: A case of missing perceptions 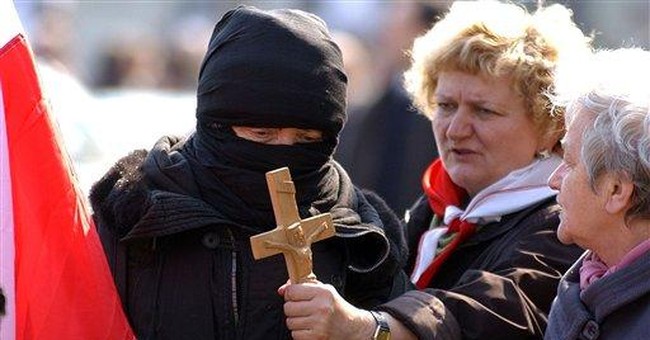 Looking across the political landscape, I see a battlefield cratered and split by deep canyons. Past generations may recall times that were as contentious as our own, but the lingering effects could never have been so damaging. Today we are bombarded twenty-four hours a day by the media, stirring passions to a sizzle, leaving many of us in the end with feelings of hope and satisfaction or a sense of dread and disappointment.

What is it that has happened over these past few election cycles, I ask myself? It is perplexing to say the least, but I suspect that one or two central issues are at the heart of the divide. Perhaps the largest and most passionate disagreement is the life versus choice debate. This has become so irreconcilable, that both sides try to avoid the subject altogether. I am reminded of the movie, “The Village”, in which there are horrible creatures. The villagers refer to them as, “Those of whom we do not speak”.

As one who will argue for the life choice, I have wondered how it is possible for anyone to take the other side in good conscience, yet I recognize that most people do not do so because they are evil. I have examined my own mind, to understand why I feel the way I do. There is not a particularly religious reason for my convictions; rather, I think it is more of a paternal reaction for me. More than twenty years ago, we had a little girl who died just before her fifth month. It was a horrible time for us. The grief that I experienced was difficult, and it burned for several years before time dulled the memory.

A number of years later, a young married woman, with whom we were acquainted, was conversing with my wife. For some reason the subject of losing our daughter came up. My wife and I were stunned by the young woman’s question about the loss. She asked, “Were you sad?” We were not angry that she asked the question, just surprised that she did not instinctively know. Surprised that she did not know that the word sad was insufficient to describe our suffering. She seemed to be missing a critical perception of life that was extremely relevant to us, but completely absent for her.

After considering that conversation over the years, I believe the woman’s question may be a window toward understanding the life or choice divide. Our daughter was not quite five months old, but she was someone, and I got to know her in the short time we had. I move back in time, from her death to her birth, and just three short months further is a point where some would have chosen to terminate her voluntarily.

Here lies the disconnect for me, and it is why I believe that termination on demand should not stand. There are many things in life, which come and go in yearlong cycles. Sometimes we need another year of education. Sometimes we need to wait a year or two for that promotion. To delay ones life for nine months can be an inconvenience, but when the alternative is to end someone else’s life, it really is not so much to ask.