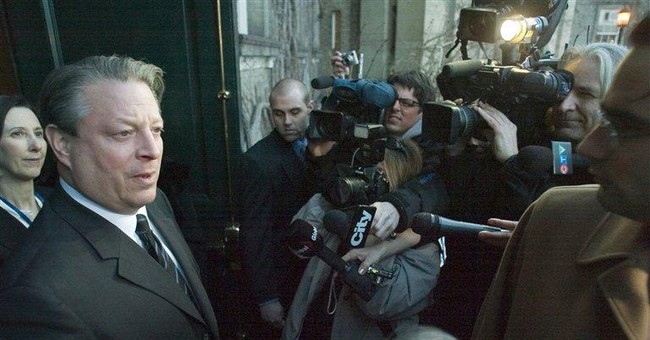 Now, before the corporate lawyers for these beverage giants suffer the effects of knotty underwear, let me state for the record that these two companies are not implicated by any scientific study that I am aware of, for causing global climate change. In fact, the only reason I used Pepsi and Coke in the headline, is that those two names are synonymous when speaking about soft drinks in general.

I do have some anecdotal evidence; however, which at the very least is interesting for intelligent people to consider while discussing the cause and effect of CO2 in the atmosphere. There is a website called Science-House.org, on which I discovered a simple experiment for measuring the weight of carbon dioxide gas in a 16 ounce bottle of Pepsi One soda. The article title was: “How much CO2 is in a Bottle of Soda?” by Dr. David G. Haase, The Science House.

Upon completion of the experiment, the author determined that approximately 2.2 grams of carbon dioxide gas is contained in each bottle of soda. At least that was the amount of gas that he could extract from the liquid.

On another website called DrHealthSecrets.com, they claim that in the United States during the year 2000, more than 15 billion gallons of soda was sold. According to a CIA website fact-book, there were an estimated 298,444,215 people in the United States as of July 2006. So by my rough calculations, that means that every man, woman, and child in the U.S. drinks 50.26 gallons of soda in a years time.

With that in mind, and knowing that whatever we put into our bodies will eventually come out, we can roughly calculate the amount of carbon dioxide gas that is belched or otherwise deposited into the atmosphere by soda-bloated consumers in this country. The human race in America loads the atmosphere with 132 million kilograms, or 291 million pounds of carbon dioxide gas, every year, simply by drinking soda pop.

By now you may wonder how Al Gore fits into this story. Aside from his personal soda consumption characteristics, of which I am completely unaware, his Tennessee mansion has been in the news these past few days. It was reported that his 10,000 square foot home consumed 191,000 kilowatt hours of electricity in 2006, while the average Tennessee home consumes only 15,600 kilowatt hours in a years time.

Math often makes my brain hurt, so I’m not going to try to calculate the number of pounds of carbon dioxide Al Gore generates with his gargantuan home in Tennessee. He claims that he balances this consumption by purchasing from renewable energy sources such as Wind and Solar, but what this assumption fails to recognize is that he is consuming a huge amount of what is available from these limited alternative sources. Thus, everyone else is theoretically forced to use the “dirty” stuff.

Now don’t assume that I am in favor of reckless and imprudent misuse of our beloved planet. Whenever mankind is able to do something in a manner that is environmentally friendly, I think we ought to do it. I am simply pointing out that moderation is always the best policy, no matter what the subject. Can we make some changes over time that will reduce our carbon dioxide foot-prints? Sure we can, but what the soda guzzling, electricity hogging, private jet traveling hypocrites would have us do is something different altogether.

Something tells me that if Al and his ilk have their way, the American economy will suffer enormous damage, and the impact on energy and transportation costs will slap every man woman and child across the face. The lower the income, the harder the slap.

Yet at the same time, internet-inventing folk like Al Gore will still find a way to consume as they please. They will convince themselves and their fellow jet-setters of their own heroics, and will never miss a wink of sleep in the process.