Dr. Peter A. Lillback is author of the No. 1 bestseller, “George Washington’s Sacred Fire.”

He is also president of Westminster Theological Seminary and president of The Providence Forum, a non-profit organization that is committed to preserving and promoting America’s spiritual roots of religious and civil liberties.

Dr. Lillback, who has lived between Philadelphia and Valley Forge, PA, for the past 15 years, has pursued an avid interest in the Judeo-Christian heritage of the United States.

He is a frequent lecturer and has debated Barry Lynn, president of Americans United for the Separation of Church and State. 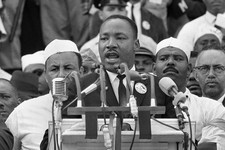