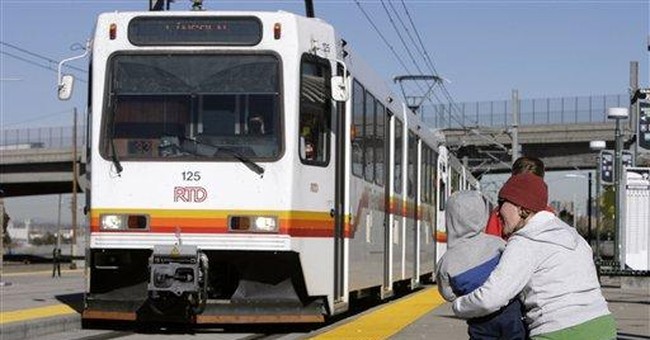 Voters were busy approving in the November 4 elections various transit projects. Twenty-three ballot initiatives, or more than 70% of those up for a vote, were approved. These initiatives will add $75 billion to America's transportation systems, according to the Center for Transportation Excellence.

In California voters appear to have approved a ballot measure to build a high-speed rail line between Los Angeles and San Francisco. Hundreds of thousands of absentee ballots remain to be counted. So far the trend is in favor of high-speed rail although the project still could be defeated. Meanwhile we await the results from a separate vote in San Francisco to see if voters approved an extension of the Bay Area Rapid Transit trains from San Francisco to San Jose. Right now the margin is razor thin. It requires a two-thirds majority to win.

In Seattle voters approved the construction between now and 2020 of many new light-rail lines. It will be a multi-billion dollar project. Two years ago voters rejected light rail when it was tied to highway expansion. Transit officials killed the highway projects and to everyone's surprise voters overwhelming approved light rail.

In Los Angeles County voters agreed to tax themselves to reconstruct the Pacific Electric Interurban network. In its heyday Pacific Electric boasted more than 1,000 miles of track all over Southern California. Little by little the system was abandoned, beginning in the 1930s. What remained was revived temporarily during World War II, but by 1961 the last line to Long Beach was abandoned. Later it was the first line to be rebuilt at the cost of about $1 billion. In 1961 the line carried about 10,000 passengers per day. Today the Long Beach line carries over 70,000. Now additional lines will be reconstructed. Libertarians tell us that voters won't tax themselves to build and operate mass transit. Tell that to the voters in Seattle or L.A. Twice before voters turned down a multi-billion dollar system of elevated rail. This time voters across the country, including those of New Mexico, supported it in large numbers. Governor Bill Richardson (D-NM) started a commuter rail system a few years back. Voters imposed a tax on themselves in order to expand it.

The major disappointment transit advocates had in this election occurred in Kansas City. Two years ago voters approved a light-rail system. But city officials despised the project so they overturned the will of the voters and put their own version of light rail on the ballot along with a tax increase to support it. Voters said no. In St. Louis voters said no to an increased subsidy for MetroLink light rail. Transit officials said that as the result, no train will run after 8:00 PM and there will be no special train for ball games.

Let no one say that voters will refuse to tax themselves for good transit. If they doubt the will of the voters let them examine the votes of 2008. By the way, Bill Millar of the America Public Transportation Association has come up with an $8 billion stimulus bill, which is likely to pass the House of Representatives. Will it pass the Senate? I'm not taking any bet.