To Bailout or Not To Bailout, That is the Question 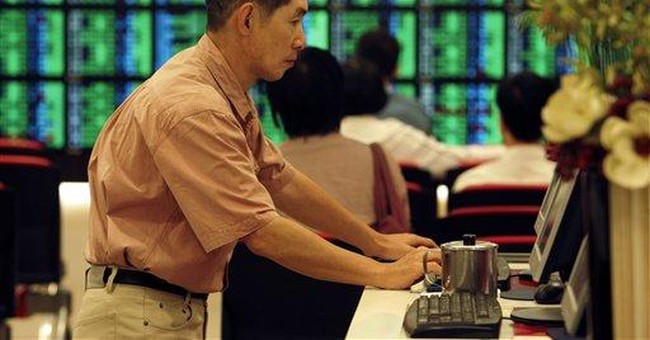 Economists, House Republicans led by Minority Leader John Boehner (R-OH) and millions of Americans across the country are questioning the prudence of the Federal Government's bailout of Fannie Mae, Freddie Mac and AIG. The bailout package has taken so much criticism that neither of the two Presidential candidates is willing to endorse it outright. You also can add my name to the list of those concerned.

The cost to the American taxpayer, we're told, is to be $700 billion, though it probably will be closer to a full $1 trillion, and all must be done without delay. Why the rush? Where are the compelling economic arguments that if we don't act immediately to save these companies this nation will suffer financial Armageddon in short order? Senator Joseph R. (Joe) Biden, Jr. (D-DE) has suggested that we Americans should be patriotic in paying our taxes. Are we to be patriotic in order to come to the financial aid of a multi-trillion dollar corporate world, one which consistently espouses a free-market economy? Neither President George W. Bush nor his Treasury Secretary, Henry Paulson nor the Congressional Leadership has come through with any clear-cut reasoning regarding what the effects would be if we did not act quickly or what the American people would gain if we do. And as various economists are claiming, this incredibly enormous bailout never would address the actual problems that got us into this mess, nor would it give any protection to the taxpayer who must foot the entire bill.

What's more, we now understand that several of the key players behind this government bailout have extensive ties to many of the corporate giants they want to rescue. Senator Christopher J. (Chris) Dodd (D-CT), Chairman of the Senate Banking Committee, has received more than $7.8 million since 2003 from financial, insurance and real estate corporations, according to the Center for Responsive Politics. Representative Barney Frank (D-MA), Chairman of the Financial Services Committee, has received approximately $600,000 in the last five years. The two are part of a four-man negotiating committee (the other two are Republicans) whose job it is to iron out a bailout compromise settlement. These two men consistently have voted in favor of their corporate constituencies. Whose best interests do you think are represented at the negotiating table - the public's or those of the corporate world?

Corruption and bad judgment persist in both the corporate and political worlds. When in June Senate leaders agreed to a bipartisan bill to establish a $300 billion rescue fund for troubled mortgages and a new regulator for Fannie Mae and Freddie Mac, nothing changed in banking practices. Banks continued to extend mortgages to those who could not afford them, which is what caused the problem in the first place, as did Washington Mutual (WaMu), which finally was seized last week by the Federal Government and sold to JP Morgan-Chase. And WaMu's latest CEO, Alan Fishman, who was on the job for about a month, is walking away with a severance package worth an estimated $18 million - the stockholders and general public be damned! But at least WaMu was not bailed out by the taxpayer. Yet, unless bad banking practices are addressed through a return to strong regulation, nothing will change. Banks will continue to close, home foreclosures will persist, and we will see a further erosion of property values.

I have pondered certain questions regarding the stock market: What constitutes the real value of a Wall Street company which is doing fairly well? Is it part assets and profits, and part psychology brought on by Wall Street marketing? What is it that really drives the market and thus the value of a corporation? Should the price of a stock be $68 per share, $48 or only $2 per share? So regarding this bailout, one question centers upon the real value of these corporate giants; another concerns an alternative approach to a bailout, such as a merger or a government loan with interest. As some economists argue, contrary to Wall Street types, when all is said and done, if there is no bailout of these companies, the overall solid assets still will be there and the buildings and equipment will as well. Of course, positive cash flow has dried up, but that does not mean that corporations like these cannot return to sound business and banking practices (neglected for so long while in several cases the books were cooked), and get their companies back onto solid financial footing.

I am not rejecting a bailout or rescue plan of some nature but let's first think good and hard about the repercussions. Are we in the process of nationalizing the economy and moving toward a socialistic state; will this $1 trillion save the nation or will it actually drive America ever closer to financial insolvency through massive accumulations of outstanding debt; and is the American taxpayer expected through "patriotism" to foot the cost of huge corporate failures? Sorry, but I'm not buying this rush to bail out Wall Street until I see some clear answers.