Prelude to an Unpredictable Election 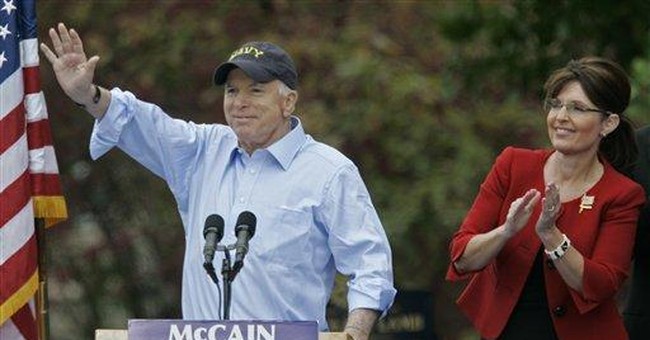 Having participated in every Presidential election since 1960 as a reporter, commentator, Congressional assistant, delegate or activist, I am in a position to state without contradiction that there has been no election like this one in the past half century.

Think about it. This election is the first since 1952 without either a President or Vice President as a candidate. That was the year that General Dwight D. Eisenhower defeated former Governor Adlai E. Stevenson, which brought back the Republicans for the first time in 20 years. That fact alone caused the late NBC political guru Tim Russert to declare that he was so fortunate to be alive for this 2008 election which is in and of itself precedent-setting. Unfortunately Russert didn't live to see the outcome.

Secondly, it is difficult to remember that as the electoral season began before the Iowa Caucuses and the New Hampshire Primary all the pundits knew that the Democratic nominee would be Senator Hillary Rodham Clinton and if she had a serious opponent it would be perhaps New Mexico Governor Bill Richardson. The Republican nominee would be former New York Mayor Rudolph (Rudy) Giuliani. Who would be Giuliani's real challenger? Why, it would be former Massachusetts Governor Mitt Romney. A funny thing happened on the way to the cutting-room floor, as we used to say.

Of course, the Democrats would have a woman on their ticket. The so-called women's groups were front and center in Hillary's campaign. Republicans never would have a woman on their ticket, we were led to believe. After all, to be a real woman you had to be liberal. The Democrats put forth an interesting cast of potential nominees. Former Senator Mike Gravel, of Alaska, emerged from obscurity to embarrass his fellow candidates. Congressman Dennis Kucinich, of Ohio, took the prize for taking the most far-out positions. Other candidates such as Senators Joseph R. Biden, Jr. and Christopher J. Dodd were rather typical Democrats. They thought they could do well against Hillary because poll data showed she had high negatives. And then there was a freshman Senator with the unusual name of Barack Hussein Obama. He was a Black. Blacks had run for President before in Democratic primaries. They didn't do well. So how would a freshman Senator who only had been in federal office for a couple of years before he declared for the Presidency possibly survive against the heavyweights?

Just one problem. Obama is a captivating speaker able to attract throngs of young people. He made the word "change" the main idea of the 2008 elections. It didn't take long for the candidates besides Clinton and Obama to drop out. Obama looked as if he had the nomination sewed up. He won a dozen primaries in a row. Suddenly it was a Clinton v. Obama two-person race. She came on strong toward the end of the process and barely lost the Democratic nomination to the freshman Senator from Illinois.

Over in Republican land the man who was endorsed by almost anyone who was anyone in the Republican primaries, the same man with a huge financial advantage, bombed out quickly. Rudy Giuliani had a strategy of ignoring the first smaller states and holding his whole campaign hostage to Florida. He was defeated. The victor? The Senator from Arizona, who two months earlier had been carrying his own bags, Senator John S. McCain III, with the help of Independents in New Hampshire and Florida, suddenly emerged from written-off to frontrunner. Romney was depleting his children's inheritance, trying to catch McCain. He, too, dropped out the day after saying he was staying in all the way to the GOP Convention in St. Paul, Minnesota. That left former Governor Mike Huckabee, of Arkansas, as McCain's only opponent. He was more of a regional candidate whose deft humor could not overcome McCain's momentum. The man whose campaign had been tagged as dead and buried found himself the winner of the Republican nomination for President.

What a year! Still, the week before the party conventions, the Vice Presidential nominees had not yet been selected. There was more speculation about the selections in both parties than anyone can remember. Would Obama put Hillary on the ticket? How about a woman? Obama's wife wanted no part of Hillary on the ticket. How about another woman? The campaign was afraid that the Clinton people would consider such a move a poke in the eye. What was Obama's chief weakness? Defense and foreign policy. So in the end the candidate who had received 9,000 votes in the early primaries took the place of the woman who received 18 million votes. Still, most everyone thought Biden was a solid choice.

The political autumn now is with us. There is every indication that this will be an extraordinarily interesting and exciting campaign between now and November 4. What finish could possibly match what has happened in this truly remarkable year? How about this: McCain wins the popular vote but Obama is elected President by means of the Electoral College.