The Real Definition of a Hero 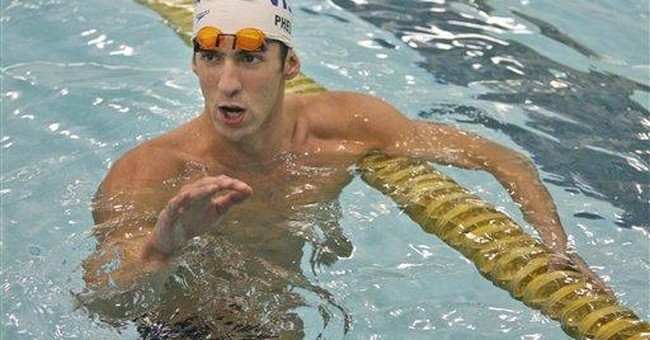 A regular reader of this column, Peter Farmer, sent me an e-mail withwhat he said was a small criticism of my piece on Michael Phelps. Hiscorrection was right on the money. It actually was a major point. Yousee, I called Phelps a hero.

Farmer said, "As impressive as his achievements are, does not qualify[him] as hero. Soldiers, cops, firefighters, and the like canlegitimately described as heroic, as can some doctors and nurses."These people do difficult jobs with little recognition and often underincredibly trying conditions. I have worked in a big city medicalcenter, and let me tell you that heroic, lifesaving efforts by doctors,nurses and other staff are an every day occurrence in these places.Similarly, I am still amazed that our municipalities can find policeofficers willing to do that dangerous and dirty job for as little moneyas they are paid, and the same holds true for firemen, soldiers and manyothers, whose accomplishments are overshadowed by mere sports figures."

Farmer pointed to the prisoners of war and said he knows of no betterexample than these fine men who survived and triumphed under the mosttrying conditions possible as enemy POWs. "Alternatively, look at any ofthe heroes of the wars we are fighting, from Sgt. Ray Smith to Cpl. PatTilman. Tilman gave up a career as a 'sports hero' to become a realone."

Farmer concluded by stating, "Please do not cheapen the meaning ofheroism. Michael Phelps is an amazing athlete, and a worldwidecelebrity, but he is no hero-and I am sure he would agree. Perhaps wecan call him a 'sports hero' but even that terminology bothers me."

I thank Farmer for pointing out my error. He is so right. The truth is Ihave said the same thing myself in other commentaries. We have cheapenedwhat a real hero is. That term should be reserved for people whosacrifice their lives for the good of others. What I was thinking incalling Phelps a hero was really his patriotism and humility in the faceof great accomplishment. I was perhaps overly impressed that he did notuse his platform for any kind of message or protest and that hegenuinely loved his country. But a hero that does not make him.

In fact, now would be a good time to begin to restore the term "hero"for those who genuinely deserve it. Every time we see the term misusedwe ought to call that to the writer's attention. If each of us did thatoften enough it would begin to catch on. While we want good role modelsfor our young people, and Phelps is that, we want these same youngpeople to understand the nature of genuine heroic behavior. So thanks,Pete Farmer. You may have started something.