Congressional Management of Alleged Drug Use in Baseball? 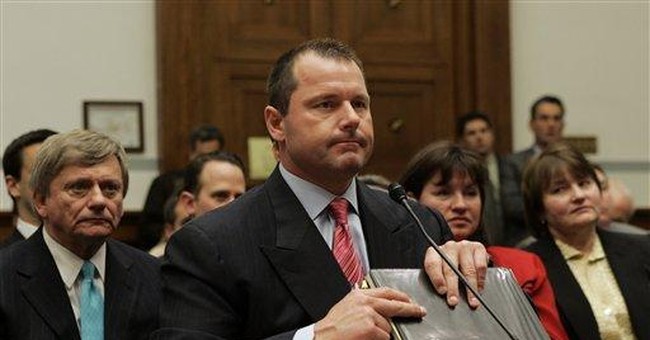 The Report to the Commissioner of Baseball of an Independent Investigation into the Illegal Use of Steroids and Other Performance Enhancing Substances by Players in Major League Baseball, otherwise known as the "Mitchell Report," shocked much of the American public upon its release in December 2007. The Report, a result of former United States Senator George J. Mitchell's twenty-month investigation into the use of so-called performance-enhancing drugs in major league baseball, contained many names that few expected to see on the list, including Roger Clemens and Andy Pettitte, both pitchers. Clemens is a seven-time Cy Young Award winner, two more than any other pitcher, and is considered one of the greatest in baseball history.

Commissioner of Major League Baseball Bud Selig noted when the Report was released that those it named potentially would face disciplinary sanctions. Whether he acts remains to be seen. Many blame Selig for encouraging drug use in order to boost interest in the game after the lengthy strike in the mid-1990s.

Clemens, his reputation and achievements under question, may find it difficult to be inducted into the Baseball Hall of Fame, a significant blow considering how long he has been in the league and the many accolades he has won.

Such a punishment, however, proved insufficient for many over-eager politicians in Congress anxious to wring some publicity out of the Mitchell Report. On February 12 the House Committee on Oversight and Government Reform held the first of two hearings on the issue. The hearing was entitled "Myths and Facts about Human Growth Hormone, B12, and Other Substances" and included four witnesses - a deputy director of the National Heart, Lung and Blood Institute, an associate professor of medicine at the Boston University School of Medicine, a professor of clinical pediatrics at the University of Virginia, and a medical doctor with the Department of Rehabilitation Medicine, Hospital for Joint Diseases. What does a professor of pediatrics have to do with steroids in professional baseball?

The following day the Committee held another hearing on the subject. This hearing was much more prominent because Clemens himself testified, as did his trainer, who leveled the accusations against him in the first place, as well as an investigator on former Senator Mitchell's staff. During the hearing Clemens stated he "never used anabolic steroids or human growth hormone," while his trainer maintained that he had.

After the theatrics of the Congressional hearing subsided, one would have thought the issue would be closed. Wrong. It appears some Representatives need more publicity on the issue. Representative Henry A. Waxman (D-CA), Chairman of the Committee, and Thomas B. Davis, III (R-VA), Ranking Member, sent a letter to Attorney General Michael Mukasey on Wednesday urging the Department of Justice to investigate whether Clemens perjured himself and made knowingly false statements in his testimony.

This is what the resources of Congress and the Federal Government are being used for? Since when does Congress have authority over sports in the first place? The last time I read the United States Constitution there was no mention of a power to regulate athletics. But now we have two days worth of testimony on the issue and a letter urging the Department of Justice, which is already strained morally and financially, to waste its limited resources on an investigation into something over which Congress has no jurisdiction.

After releasing the letter Davis stated, "For the good of the investigation and integrity of the Committee, we've asked the Department of Justice to get to the bottom of this." This is utterly ridiculous. Shame on these Representatives for misusing their power.

The Justice Department ought to ignore this letter, the Congressional testimony, and everything else involved with the case. Sure, some performance-enhancing drugs are illegal. If Clemens acted unlawfully he should be punished by local law enforcement. He also should be denied induction into the Hall of Fame and have his records/achievements tossed out. But let's be serious - Congress has no business in baseball.